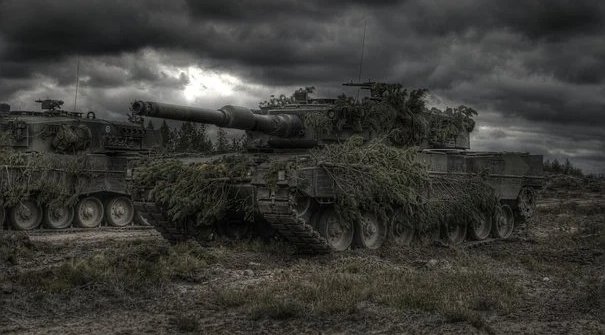 Russia suffers a setback in Ukraine as a major tank design flaw is exposed. Russian tanks are said to be suffering from a defect which leads to a “jack-in-the-box” effect that can literally blow the tank’s turret off.

Military experts have revealed that Russian tanks in Ukraine have a fault that leads to a “jack-in-the-box” effect. The Express reported on April 28, that the issue comes from storing multiple shells inside the tank turrets.

An indirect hit can lead to an explosive chain reaction due to where the ammunition is stored. According to experts that can cause a shockwave that can blast the tank’s turret “as high as a two-story building.”

Commenting on the design flaw Sam Bendett from the Russian Studies Program at the Center for a New American Security revealed: “What we are witnessing with Russian tanks is a design flaw.

“Any successful hit … quickly ignites the ammo causing a massive explosion, and the turret is literally blown off.”

The chain reaction is said to be immediate and Former British Army officer Nicholas Drummond revealed exactly how explosive the chain reaction can be. He commented: “If you don’t get out within the first second, you’re toast.”

Russian-made tanks used in Iraq in the 90s also had the same defect.

The Ministry of Defence (MoD) has said that Ukraine is holding up well against the Russian onslaught. In an intelligence update, the organisation commented: “Ukraine retains control over the majority of its airspace.

“Russia has very limited air access to the north and west of Ukraine, limiting offensive actions to deep strikes with stand-off weapons.

“Russia continues to target Ukrainian military assets and logistics infrastructure across the country.

“The majority of Russian air strikes in Mariupol are likely being conducted using unguided free-falling bombs.