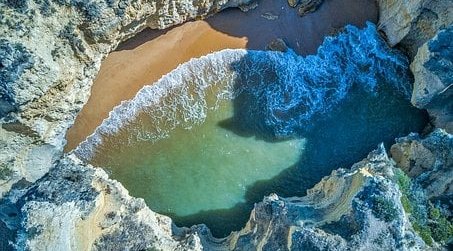 Woman due to fly from Manchester Airport to Portugal ‘sent’ on a 650-mile round trip over passport rule confusion.

Monique Shaw had been set to travel to Portugal on April 30. After reading an article online she realised that she would fall foul of a passport rule that required her to have three months left on her passport after she returned, Manchester Evening News reports.

When she was unable to get an appointment in Liverpool for a passport renewal Monique had to head all the way to Glasgow from the Llyn Peninsula where she lives.

Monique had seen her trip already rearranged twice due to COVID. If she had flown on her original dates her passport would have been fine. Monique has complained that Jet2 should have warned her in advance.

Monique revealed: “It was all just a massive pain, to be honest. We had already given Jet2 the passport details and they accepted them and released our boarding passes.

“If we hadn’t seen an article online about a woman being turned away from the airport, we wouldn’t have known there was an issue. They didn’t make us aware at all and I nor my family had any idea that we had to have three months left after returning.

“It was frustrating because had we been able to travel when we initially planned, my passport would have been well in-date. Obviously, no one could have predicted the Covid outbreak but surely there should be some leeway if the holiday was booked before the new rules even came into play?

“What’s worse is that my passport was valid for the flight out and the flight back, but because it expired ten and a half weeks after our return journey I had to have it renewed or I couldn’t go. I have a 10-month-old baby and I didn’t want to risk chancing it at the airport to just be turned away.

“I think the airlines need to be making people aware of the issue as it seems so many people don’t know about it. It was impossible to get an appointment any closer to home.

“Ideally I’d have gone to Liverpool but there weren’t any appointments, and when a few did pop up due to other people cancelling they would go again straight away. I did consider travelling to Durham but that was for a one-week passport and I still would have had to change my flights out.”

She went on to add: “Thankfully it’s sorted now and I have my new passport, but it cost me £177 to get the passport, plus the cost of fuel to travel to Glasgow and back was in excess of £150, and £63 for a hotel. My appointment was at 9:30am so we didn’t have much of a choice but to travel up the night before.”

A spokesperson for Jet2 advised travellers to check Government advice online. The spokesperson commented: “When a customer checks-in online, there is no way for an airline to be able to check the true validity of a customer’s travel document until it is physically examined at the airport.