8,000 British troops to be deployed in Eastern Europe 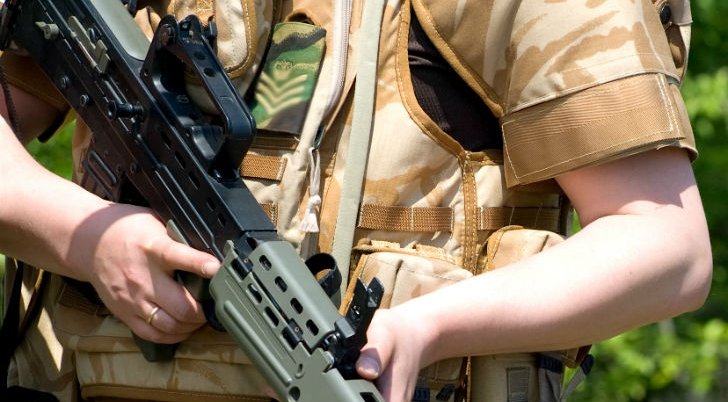 British troops to be deployed in Eastern Europe Source: Shutterstock

Minister of Defence Ben Wallace announced this morning April 29th, that around 8,000 British troops would be deployed in Eastern Europe where they will take part in military exercises designed to combat Russian aggression.

The NATO Joint Expeditionary Force ally’s exercises will see forces from all over Europe join in the exercises that will take place in countries along the Russian border.

The Ministry of Defence (MoD) said the planned exercises will see dozens of tanks and more than 100 armoured vehicles accompany the troops as the work to improve the ability of UK and Finnish and other troops to work alongside each other.

The aim they said is: Ddeterring Russian aggression in Scandinavia and the Baltic states.”

Wallace said the move will show “solidarity and strength” adding that: “The security of Europe has never been more important. These exercises will see our troops join forces with allies and partners across NATO and the Joint Expeditionary Force in a show of solidarity and strength in one of the largest shared deployments since the Cold War..

“Operating across Europe, the British Army will stand alongside partners, combining our capabilities and shared values, promoting peace and security.”

With forces expected to peak at around 8,000 by June, exercises will include parachute drops, helicopter-borne air assaults and Challenger 2 tanks.

The drills aim to “showcase the scale and significance of the British Army’s contribution to the defence of Europe” according to the MOD.

Commander Field Army Lieutenant General Ralph Wooddisse explained: “The UK makes a significant contribution to the defence of Europe and the deterrence of Russian aggression. The British Army’s series of exercises is fundamental to both.

“The scale of the deployment, coupled with the professionalism, training and agility of the British Army, will deter aggression at a scale not seen in Europe this century.”

Exercises in Poland are already taking place alongside American troops with the additional 8,000 British troops to be deployed in Eastern Europe further bolstering NATO’s capabilities across Europe.