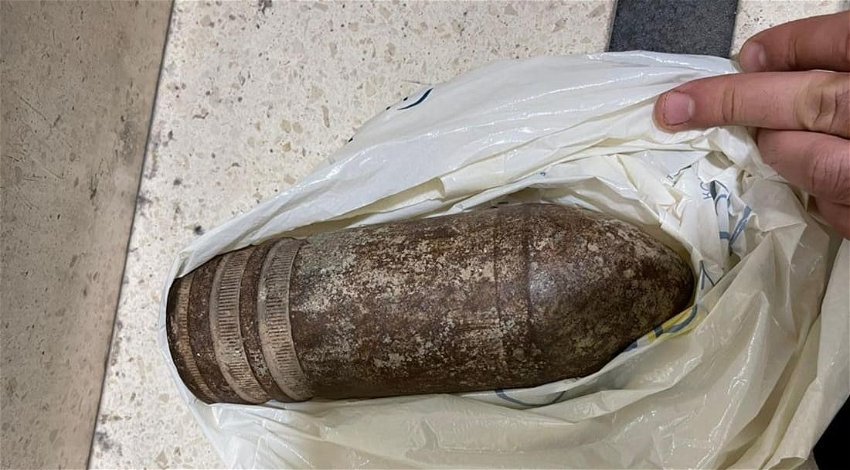 There’s stupid and there is stupid, as an American family empties Israel’s Ben Gurion airport as they try to fly with an unexploded shell.

You do have to give them some credit though after they declared the unexploded shell as they went through security, resulting in people running for cover and others hitting the floor.

According to local reports the family found the shell when touring the Golan Heights, which Israel captured from Syria during the war between the two countries in 1967. The area is considered occupied territory by the United Nations under international law, with the Security Council resolutions confirming that status.

According to eye witnesses and video online, the family declared the shell at the kluggage drop off.  Airport security staff declared an immediate evacuation causing people to seek immediate safety, with some panicking and others finding places to hide.

Horrifying scenes at Ben Gurion airport. Apparently an American family picked up an unexploded shell in Golan and wanted to take it home.
I don’t even know what to say… https://t.co/fTq1ye9qiT

Although the airport is one of the safest in the world given the high level of security, it remains under constant threat.

That threat resulted in the pandemonium that ensued with at least one person injured.

Once the authorities had chance to check the item, which it is understood has been impounded, people were allowed to return to the terminal.

The family involved were interrogated by airport authorities and eventually allowed to travel, with a spokesperson saying the situation is “currently under operational investigation.”

Security checks at Ben Gurion airport make it one of the safest in the world in a country constantly under threat from terrorism, and it is therefore unclear as to why the American family thought they might be allowed travel with an unexploded shell or quite what they were going to do with it.

No doubt the US authorities will have been informed and that is likely to result in further interrogations.