BREAKING UPDATE: Name of first British man killed in Ukraine has been released while another British national remains missing 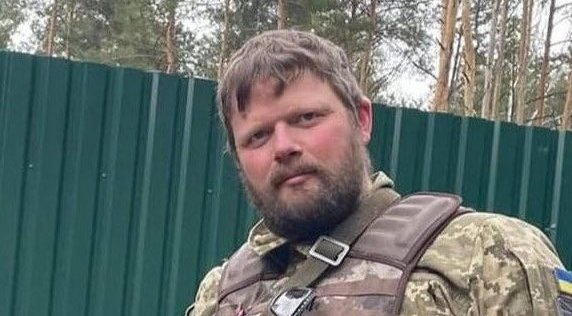 BREAKING UPDATE: Name of first British man killed in Ukraine has been released while another British national remains missing.

The UK’s Foreign Office confirmed the identity of the soldier.

UPDATE 8.23 am (April 29) – THE name of the first British man killed in Ukraine has been released and confirmed by the UK’s Foreign Office, while another British national still remains missing.

A picture circulating on social media of Scott Sibley, a veteran of the British armed forces veteran, alleging that he was the first British national victim of the war in Ukraine has been confirmed by the Foreign Office, as reported by the Daily Mail.

Our International Legion is sustaining combat losses as well
Rest In Peace Scott Sibley 🇬🇧
Thank you for your service. You fought for the most just cause this world knows now. pic.twitter.com/yxs9gNN6FF

Sibley, a father who served in the Commando Logistic Support Squadron in Afghanistan, was answering the calls of Ukrainian President Volodymyr Zelensky for people to join war efforts in his country.

Friends and family paid tribute to the soldier following the news of his death.

“Scott was a son, father, brother and uncle,” his friend Craig wrote on the page. “To me he was a friend like no other and the bravest person I’ve had the pleasure to have known, he was as good as a brother to me.

“His life may have been cut short but he lived to the full and did things the Sibs way, right until the end.”

“Sib, I’m in complete disbelief. What a pleasure to have served alongside you, to know you and to have experienced your kind nature,” wrote former comrade Alex Darwin.

He added: “You were there for me and I will forever be grateful. One hell of a beautiful guy, inside and out.”

According to the BBC, Sibley leaves behind a daughter.

The British news outlet reported that his daughter suffers from a rare form of cancer called Neuroblastoma.

ORIGINAL 4.49 pm (April 28) – A BRITISH man has been killed and another is pronounced missing after the pair joined military missions in worn-torn Ukraine, according to the Foreign Office on Thursday, April 28.

A spokesperson for the Foreign, Commonwealth and Development Office (FCDO) said: “We can confirm that a British national has been killed in Ukraine and are supporting their family.”

On the second British man, the FCDO spokesperson said: “We are aware of a British national who is missing in Ukraine and are supporting their family. We are urgently seeking further information.”

The pair are believed to have been volunteers after travelling to Ukraine to meet president Zelensky’s calls for fighters, according to Sky News, but this has not been confirmed.

If true, the death will be the first official British national to have died at the hands of Russian forces in Ukraine, although a number are believed to have been captured.

On April 18, two British fighters captured by Putin’s forces in Ukraine appeared on Russian state TV and asked to be exchanged for pro-Russian politician Viktor Medvedchuk.

Shaun Pinner, 48, and Aiden Aslin, 28, spoke separately after being prompted by a man in footage broadcast on the Rossiya 24 state TV channel.