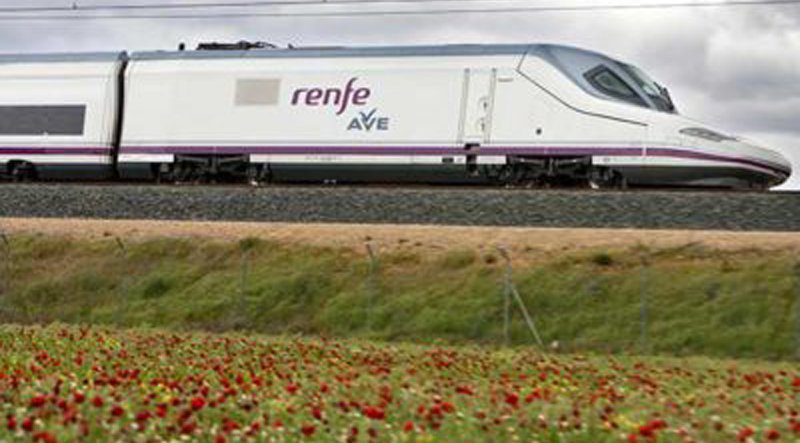 An AVE train bound for Alicante from Madrid broke down for five hours on Thursday evening with 348 passenger stuck on board.

The AVE train passengers told how desperation broke out as they were stuck near Motilla del Palancar, Cuenca, on April 28.

“The AVE Madrid-Alicante in which I was traveling, has broken down and we have been stopped for four hours in the middle of nowhere without any solution.

“Now they have left us in the dark and with a lack of fresh air, they refuse to open the doors and there are people fainting,” said one of the affected people who was on board the train. He added that there was no food or water left in the cafeteria car.

One passenger said they had missed two flights. The first plane was leaving at 22:40 from Alicante and, after being told that the incident would be solved, he bought another flight at 01:00 for London, but missed that one aswell.

“No light…. no air conditioning…. no use of the toilets…. the cafe-bar no longer able to give service…. And we left at 4:40pm from Madrid…. Stopped since 5:50pm at 80kms from Albacete…it’s 10:25pm,” Alberto López wrote on twitter.

Eventually passengers were able to change trains after their train was towed to Cuenca, arriving after 11:40pm, where they continued the journey on a different train, Antena 3 reports.

RENFE recently celebrated the 30th anniversary of the first high-speed AVE train in Spain, which began its operations on April 21, 1992 between Madrid and Seville.