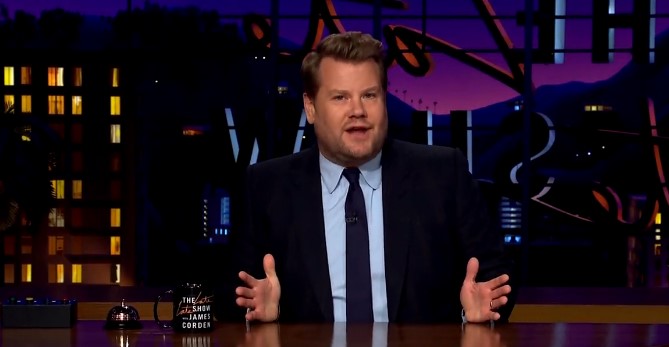 In shock celebrity news from America, 43-year-old James Corden has announced that he will step down as the host of the Late Late Show. His hit show on CBS has won countless awards, and CBS bosses had reportedly tried their best to convince the Londoner to stay on, according to The Sun.

The actor, singer, presenter, and entertainer has allegedly walked away from a multi-million-pound deal that CBS had offered him, in favour of spending more time in Britain with his family. James also wants to be able to go and watch his beloved West Ham playing football he said.

Speaking with Deadline, the US showbiz website, James Corden explained, “It’s been it’s a really hard decision to leave because I’m so immensely proud of the show. I’m thrilled to be extending for a year. I always thought I’d do it for five years and then leave and then I stayed on”.

“I’ve really been thinking about it for a long time, thinking whether there might be one more adventure. My bosses here at CBS have been incredibly supportive and extraordinarily patient with me while I made this decision. There are still some other things that I feel I want to do. I’d like to try and write”, he continued.

Adding, “There’s some stories I’d like to tell. I’d like to see if I’m capable of it. The fact that it’s terrifying is the reason to do it. I’ll miss the adrenaline of thinking: ‘Next week I’m going to jump out of a plane with Tom Cruise, or in two weeks’ time, we’re going to drive around the White House in a car with Michelle Obama, or sing Penny Lane with Paul McCartney driving down Penny Lane”.

“All of my greatest ambitions for what the show could be, it’s absolutely surpassed all of them. My intention is to try and go out in exactly the same way we came in, which is just going out with a bang”, James concluded.

It is believed that the offer tabled by CBS bosses for James to stay on with the Late Late Show would have seen him become the highest-paid British person in American television. There is no doubt that his shoes will be very big to fill once he is gone.