Passport warning as staff claim delays will get worse this summer 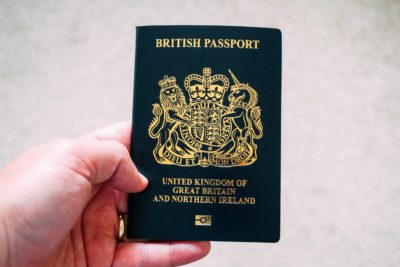 Travelling to Europe? Check your passport before you go! Credit: Ethan Wilkinson. Pexels

A Passport Office worker has warned that application delays will get even worse this summer.

The Passport Office has told millions of Brits to wait up to 10 weeks for their passports due to a huge delay in applications.

But a backlog of 500,000 documents has meant applicants have been left waiting more than 10 weeks for renewals, with some complaining it took up to four months to get hold of their new passports, i news reports exclusively on Friday, April 29.

The Passport Office is facing a recruitment crisis and has failed to hire enough staff to deal with a post-Covid pandemic surge of five million applications, the passport worker told i.

The situation is only “going to get worse” heading into the summer, the anonymous worker warned.

Earlier this month, the government was forced to issue a warning, telling people to allow up to 10 weeks to get their passports, rather than the standard 5-6 weeks.

But there are many reports of applicants waiting even longer.

An HM Passport Office spokesperson said: “Given recent interest in passports, we are seeing an increased number of people visiting our website to view appointment availability for urgent services. This has not affected people submitting a passport application.

“We have increased staff numbers by 500 since April 2021, which has helped us to handle more applications than ever before.

“Since April 2021, we have been advising people to allow up to ten weeks when applying for their British passport as more than 5 million people delayed applying due to the pandemic.

“We urge people who need a new passport to apply for one as soon as possible, with the vast majority of all passport applications are being dealt with well within 10 weeks.”