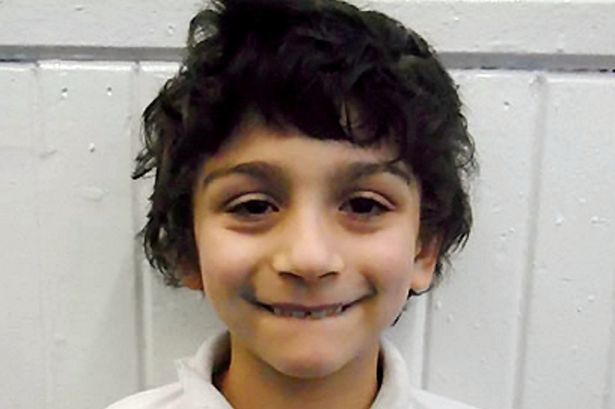 In a tragic story, a seven-year-old in Birmingham dies from a fatal asthma attack after his mum using his inhaler to smoke crack cocaine.

According to West Midlands Police Laura Heath, 39, left her son Hakeem Hussain to die alone in a freezing garden in Birmingham, in November 2017. Hakeem got out of bed to get some fresh air only to die from acute exacerbation of asthma after being exposed to heroin and crack cocaine by his mother.

Hakeem, who was suffering from uncontrolled asthma, was found in the garden at around 7.30am on November 26, 2017. Medics called to the scene were unable to save the child.

Heath denied manslaughter but pleaded guilty to four counts of child cruelty and went on trial at Coventry Crown Court, with jurors told how she would “source heroin and crack cocaine” as her “first priority in  life”. Her son jurors were told came second, with shocking police images showing how Hesheath had used Hakeem’s inhalers to smoke class A drugs.

This despite his breathing deteriorating “day by day.”

Prosecutor Jonas Hankin QC said: “Hakeem found himself powerless in a perfect storm where he had not been given his preventer medication. His lungs were in a poor condition and he was being put into adverse environments – cold, smoky and dirty environments.

“Had it not been for her conduct Hakeem would still be alive. There can’t be a greater breach of parental duty than that.”

Known to social services and classed as vulnerable due to concerns about “neglect, attendance issues and his home life”. He was also made to sleep on a sofa in squalid conditions, while his jumper smelled of urine and his school uniform reeked of cigarettes.

A school nurse had warned child protection that he was in danger but it was decided he should not be removed from his Heath’s care despite his being as a “serious risk of harm.” After meeting with Heath she messaged a pal saying: “Hakeem is on child protection… neglect… hey ho… gonna do what I gotta do.”

With friends telling the court that she regularly smoked class A drugs while her son was ill, she eventually had to make a 999 call after Hakeem was found dead. That call was played to the court.. She said: “He’s dead… my son… he’s took himself outside when we’re asleep because he’s got asthma… and he’s fell asleep… he’s dead. He’s gone… he’s blue and he’s stiff. There’s no saving him. He’s gone. He’s my baby… he’s my baby.”

Dr Peter Ehrhardt, a former doctor of safeguarding in East Lancashire said: “In my opinion she knew the previous night that Hakeem’s asthma was not under control. Had she acted then in my opinion his deterioration would have been less severe and he would not have died.

“It’s the failings in management of asthma that causes people to die. If managed appropriately, they would not die. In my opinion, this is the case for Hakeem.

“Hakeem’s asthma was entirely neglected, his mother ignored medical advice and whether he would require medical attention. It was uncontrolled as his mother did not attempt to control it.”

Heath had told cops after her arrest that Hakeem would go outside for some fresh air if he was ever struggling with his breathing. She said in her police interview after his death: “I had a funny feeling he had gone out in the night and fell asleep outside.”

According to Dr Roger Malcomson a Consultant Paediatric Pathologist who conducted the autopsy at Coventry Mortuary, told the cour: “Hakeem’s lungs were so hyper expanded that the lungs overlapped the heart which is not normal. The lungs were in a different position compared to that of a normal person.”

After seven and a half hours deliberation jurors returned a unanimous guilty verdict for the mum used her seven-year-old’s inhaler to smoke crack cocaine.