Sinn Fein has comfortable lead according to the latest poll, days before elections 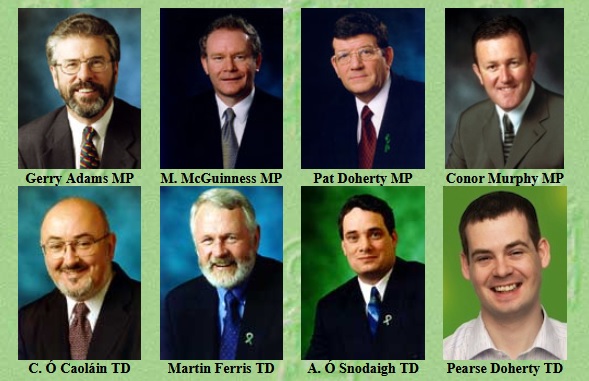 Sinn Fein has comfortable lead according to the latest poll, days before elections Source: SinnFein

With less than a week to go to elections in Northern Ireland, a poll on Friday April 29th shows Sinn Fein to have a comfortable lead over the opposition unionist parties.

The Irish nationalist party aims to become the first to win the most seats in the British-run province’s regional parliament, which if successful will change the political scene in Northern Ireland for good.

The survey run by Belfast Telegraph/LucidTalk shows that support for Sinn Fein has been unwavering at around 26 percent, but that support for the largest unionist party the DUP having fallen from around 28 percent to nearer 20 percent.

Sinn Fein keen to reunite with the Republic of Ireland, will be required to share power with unionist rivals if successful, with the Good Friday peace agreement obliging parties to do so.

But as always there Is a hitch in Northern Irelands politics with the DUP already saying that it won’t enter into any new power-sharing government unless the British government does away with the border arrangements agreed with the EU as part of the Brexit deal.

The chances of that being achieved are at best slim at the moment with the two at an impasse, made worse by the UK’s announcement yesterday that it is to delay implementation of the agreement over inflation fears until 2023.

With no party likely to get anywhere near to a majority, it will be down to the smaller parties to dictate the weight of power in the government. According to the poll unionist parties stand to win between 60 and 70 percent of the vote.

The DUP however looks to do well with voters supporting the Ulster Unionist Party and the suggesting that they will list the DUP as their second option at 75 and 52 percent respectively.

Northern Ireland’s proportional representation voting system allows candidates to pick up surplus votes from those elected or eliminated, providing them with a chance of winning the final seats.

No judgement has been passed by the pollsters as to the reasons for the swing as Sinn Fein retain a comfortable lead in the latest poll, but it is thought that Brexit may have something to with the change in levels of support.