UPDATE: Dutch cyclist Amy Pieters wakes up from her coma 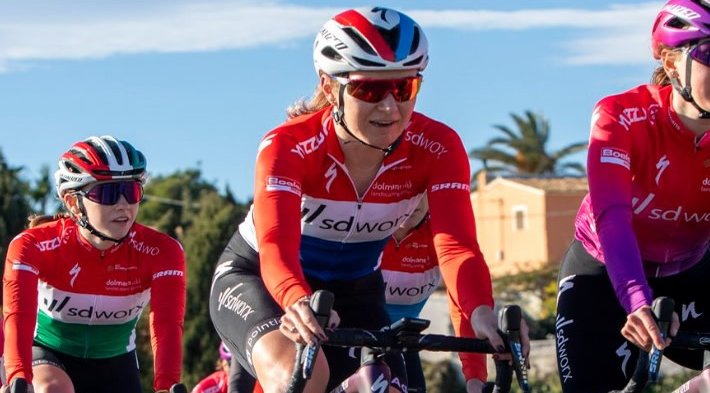 Dutch cycling champion Amy Pieters, this Thursday, April 28, has woken up from a coma she had been in since last December. She had suffered a fall from her bike while training with the national track team from the Netherlands, in the Alicante municipality of Calpe on the Costa Blanca in Spain.

A statement released by the Dutch Team SD Worx on Thursday explained that the 30-year-old athlete “can communicate a little non-verbally, and recognises people, understands what is said, and can do more and more activities”.

At this stage, it is still too early for doctors to make a diagnosis of the exact medical damage Pieters may have suffered from the brain injury. The champion rider lost consciousness after suffering a blow in the fall and was taken to a hospital in Alicante. From there, she was eventually airlifted to Amsterdam where surgeons performed life-saving surgery on her head.

Pieters was transferred to an ICU following her operation, where she had remained unconscious due to severe brain damage. The national champion has been undergoing a specialised intensive neurorehabilitation program at a Dutch institution. Her family has thanked the public and fans for their support and good wishes, and now asks for the privacy of those involved to be respected

Amy Pieters, the 30-year-old Dutch world champion cyclist is to be transferred from her Alicante hospital to the Netherlands, for further treatment. After suffering a terrible fall, she had been admitted by air ambulance to the facility on Thursday, December 23.

Whilst out doing road training with the rest of her Dutch teammates in Spain, Pieters apparently got caught up in a collision with fellow riders, and took a nasty tumble in the road.

Pieters was placed in an induced coma, and underwent surgery to reduce swelling on her brain, caused by the accident. A statement released by her SD Worx team said, “Pieters is breathing independently, and the sedation has been phased out”.

It added, “Otherwise, her situation is stable, but unchanged. Only when the rider awakens will the medics be able to get a first impression of the consequences of the fall”.

Riding alongside Kirsten Wild, the phenomenal rider recently became the Madison world champion. That was her third win in that event in the last three years. Pieters was also victorious in Belgium last year, in the Nokere Koerse held in Flanders, as well as winning the Dutch national road race event, as reported by bbc.com.