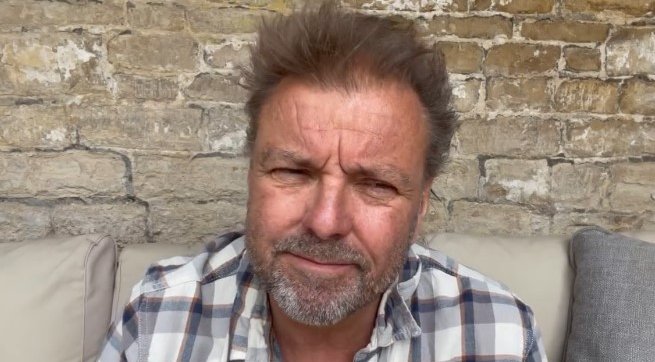 Martin Roberts, ‘Homes Under The Hammer’ presenter, shares some ‘amazing news’ after his heart operation

‘Homes Under The Hammer’ presenter Martin Roberts, was rushed into hospital last Thursday, April 21 and given just ‘hours to live’ by doctors. An emergency heart operation was subsequently carried out, and this Thursday 28, Martin was discharged from the hospital.

A very elated Martin shared this ‘amazing news’ with his followers on his Twitter profile in a video he recorded in the foyer of the Royal United Hospital in Bath where the TV presenter had been staying this past week.

“They did an MRI scan on my heart this morning and found that I did have a few essential residual problems that they’re going to check over the next few months to check they don’t get any worse, hopefully, they get only better”, he explained.

The 58-year-old continued, “The breathing side of things I’m just going to carry on with it and then have more follow-up meetings with the respiratory team. For now, they’ve decided that they’ve done what they can, and I’m better placed at home now”.

“First thing to say is thank you with all my heart for all your messages of support. You have been amazing, and it’s kept me going in some very dark hours. Honestly, I can’t thank you enough”, the presenter acknowledged graciously.

“I’m hopefully on the road to recovery. The team here at RUH, especially the cardiac care unit, the doctors and nurses have saved my life, what can you say”, he added.

Concluding, “I’m going home, going to have a shower, sit in the garden, and look at the grass, because obviously I haven’t seen much greenery in the last week, and continue to thank the godly angels for looking after me. Thank you!”

Bit of an update ❤️❤️Thank you to you the wonderful NHS – especially the teams in A & E and the Cardiac Care Unit at the RUH in Bath, who saved my life ❤️❤️And Thank you to you for all your incredible messages of love and support. They have meant the world❤️❤️❤️❤️ pic.twitter.com/LJgYPIUOMv

Martin Roberts, the 58-year-old presenter of ‘Homes Under The Hammer’, has today, Thursday, April 21, revealed a serious medical scare that resulted in his being rushed to hospital yesterday, Wednesday 20. After experiencing pains in his chest, Roberts was rushed to a hospital in the city of Bath.

He immediately underwent an emergency life-saving operation after doctors told him they had found “a massive amount of fluid” around his heart.

“Well, I have to say this isn’t where I expected to be watching Homes Under the Hammer”, the 58-year-old presenter said in a video recorded from his hospital bed today.

“Little bit of good news, little bit of bad news. I ended up in hospital in Bath yesterday. I had a few chest pains and just feeling generally lousy, so I was brought in here and turns out I had a massive amount of fluid all around my heart, which was actually stopping my heart working”.

“Had they not got rid of it, which they did in an emergency operation last night, then it’s sort of quite serious, like, hours to live kind of c***. So here I am, still around, thank goodness, thank god and angels, all those things”, he continued.

Adding, “There’s lots of other complicated things that have happened as a result, but we will work through those, and I’ll keep you updated. Meanwhile, there’s a good TV show on that I think I’ll watch here!”, as reported by thesun.co.uk.