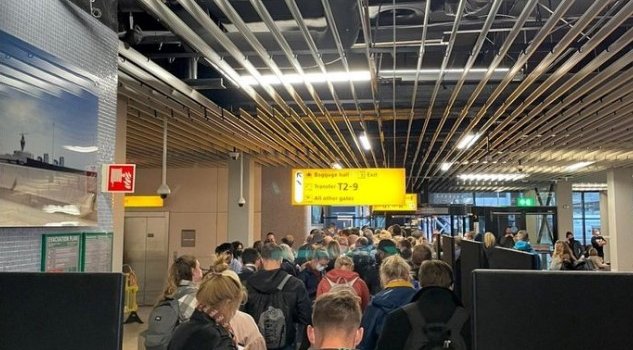 The Dutch carrier has joined the ranks of airlines having to cancel flights with staff shortages at Schiphol Airport causing flights to be cancelled.

Schiphol Airport asked tour operators and airlines on Friday April 29th to help them reduce the pressure on the airport over the May Day holiday’ Schiphol like many other airports is struggling with staff shortages as flight and passenger numbers ramp up.

KLM unlike some other operators were unable to shift flights elsewhere and as a result had to cancel as many as 60 on Friday and Saturday.

Others, like tour operator Corendon were able to move some flights away from Schiphol. But many of the operators have declined the request saying that they will not cancel flights and ruin people’s holidays.

Schiphol, who has seen volumes return to pre-pandemic levels, has been unable to keep up. To make matters worse similar problems are being experienced by the security at the airport and the airlines operating from Amsterdam.

A spokesperson for Schiphol told NOS that: “Cancelling flights is an irritating but necessary measure to reduce the number of travellers so that we can deal with the pressure properly.”

Travellers are being urged to check with the airline to confirm their flight is going ahead before going to the airport. The airport is also warning passengers that waiting times are likely to be longer and that they should allow for extra time to get through check-in and security.

Concerns still persist that KLM and others may be affected by the wildcat strikes that took place last weekend, resulting in over 100 flights being cancelled. Whilst the airlines are not happy with Schiphol’s management who they should have made better preparations for the long weekend.

Frank Oostdam, Director of travel agents’ association ANVR, told the Telegraaf: “The call for cancellations highlights the decline of a once great airport and says everything about the Schiphol and KLM business model.

‘The problems started with them on Saturday so let them solve it. But instead, they are doing all they can to make sure transfer passengers are not affected. Dutch holidaymakers should not be missing out on the holiday they have been looking forward to because of international transfer passengers.”

Airlines will not be happy with the situation at Schiphol, a busy and important international hub, where staff shortages are causing airlines to cancel flights.

Schiphol is a very busy and important international hub that should have been prepared for the long weekend, with airlines like KLM having to cancel flight hit by staff shortages at Schiphol causing it to cancel flights.