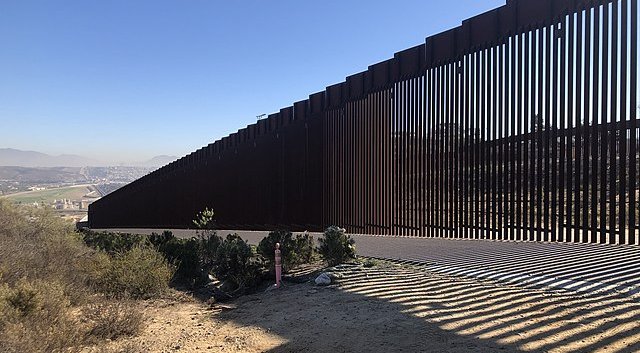 Trump’s wall on the Mexican border was supposed to be unclimbable keeping unwanted migrants out, however according to local sources all its doing is filling the hospitals with severely injured patients.

According to local hospitals people arrive every day with gruesome injuries, broken bones, shattered vertebrae, skull fractures, you name it. The injuries they say are from people who have tried to scale the wall and who fallen off inuring themselves in the process.

Touted as the Rolls Royce of walls, the 30-foot high fence has been breached over 3,000 times. Rather than deter the migrants, the efforts according to U.S. Customs and Border Protection officials are getting more grand and daring as people determined to make it to the states try their luck.

No death and injury figures are kept by the U.S. Customs and Border Protection but statistics published by the University of California at San Diego show that the number of injuries and deaths has skyrocketed.

Since 2019 the number of patients arriving at the UC San Diego Medical Centre’s trauma ward after falling off the structure has jumped fivefold, to 375 whilst falling deaths at the barrier went from zero to 16 during that time.

Hector Almeida, a 33-year-old dentist from Cuba said from his hospital bed: “I never expected we would have to climb the wall.”  He is recovering in the trauma ward at UC San Diego Health after he fractured his left leg in a fall on Monday.

According to Almeida, smugglers led his group to the wall with a ladder and told them to climb up and slide down the other side. He added that he was not the only one to suffer injuries with a woman falling and breaking both legs, and an older man who suffered a severe head injury.

San Diego is however is just one area where migrants are trying to scale the fence with numbers of immigrants, accidents and deaths soaring. The increasing number of accidents and deaths at the wall is adding to the already high death toll as people try to swim the Rio Grande, to walk through Texas and Arizona, and to cross the Pacific Ocean.

Jay Doucet, Chief of the trauma division at UC San Diego Health, said injuries along the original border wall occurred but they were not lethal. But the new wall is almost twice as high and falling from 20 feet (6.5 metres) or more raises the prospect of death and severe injuries.

He said: “We’re seeing injuries we didn’t see before: pelvic fractures, spinal cord injuries, brain injuries and a lot of open fractures when the bone comes through the skin.”

A similar trend is being seen at Scripps Mercy Hospital, the other major trauma centre for the San Diego area. There, border wall fall victims accounted for 16 percent of the 230 patients treated last month. That is according Vishal Bansal, the director of trauma, a higher share than gunshot and stabbing cases.

So it appears Trump’s unclimbable wall after all, but rather a dangerous proposition for those who try to scale it.