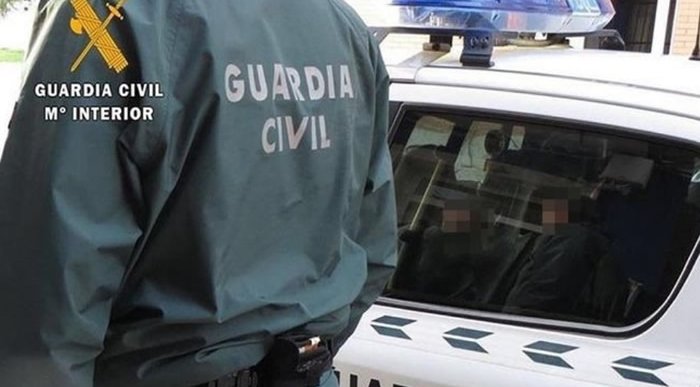 As reported on Friday, April 29, Guardia Civil officers in the city of Granada have arrested a 35-year-old individual. Already possessing a police record, he was detained as the alleged perpetrator of two crimes of attempted murder, for stabbing a man after a traffic brawl in Pinos Puente, and later shooting the same man’s son with a gun.

They also arrested the 39-year-old brother of the alleged aggressor, because he was the person who provided the pistol with which his brother injured the young man. This individual had no police record and owned a weapons license. He was the owner of a hunting shotgun and a pistol. Both weapons have been confiscated.

The weapon has been sent to the Guardia Civil’s Criminalistics Service Ballistics department to compare it with the projectile found in the victim’s vehicle, to determine if it was the one that the detainee fired.

These events occurred on the morning of April 24. The Guardia Civil learned that two individuals had received urgent treatment at the Pinos Puente Health Centre in Granada, and that they were father and son. One had a stab wound with abundant bleeding in the left leg, and the second was treated for a gunshot wound, with an entry and exit hole, also in the left leg.

Officers from the Maracena post took charge of the investigation. According to what the father told the officers when questioned, everything happened after a traffic altercation that had occurred at the roundabout at the entrance to Pinos Puente.

Both drivers got into an argument with the detainee taking out a knife and stabbing the victim in the leg, causing an 8cm deep wound. Shortly after, the son found the detainee on Calle Real and was going to ask for an explanation. Before he could get out of the car, he was shot twice with a pistol, one of which wounded him in the leg.

An ocular inspection of the victim’s vehicle found one of the projectiles supposedly fired by the detainee. They subsequently learned that the pistol he was holding had been given to him by his brother, who is the holder of a type F weapons licence, and therefore, is authorised to possess them, as reported by granadahoy.es.