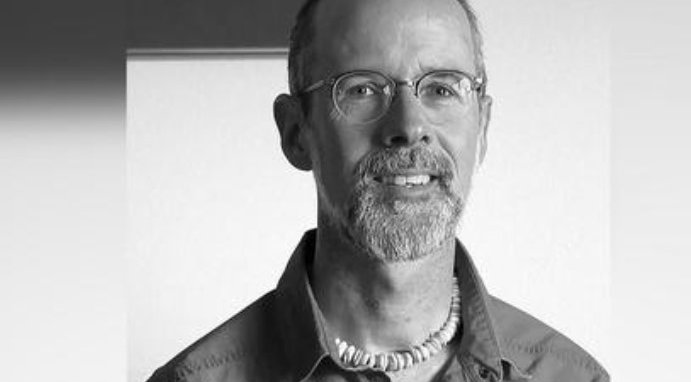 UPDATE: On Wynn Alan Bruce, the climate activist who self-immolated in Washington on Earth Day

Vigils have been held across the United States for climate activist Wynn Bruce a week after his self-immolation in front of the US Supreme Court in Washington DC on April 22.

In Washington the event was held by Declare Emergency, a group which campaigns for President Joe Biden to declare a national emergency on the climate crisis.

A young woman led the song We will walk with You where the small crowd, in scenes reminiscent of 60s protests, sang peacefully in the bright sunshine.

Mr Bruce’s father told The Washington Post that he agreed with the belief that his son’s action was meant as a “fearless act of compassion about his concern for the environment”.

“I agree with the belief that this was a fearless act of compassion about his concern for the environment,” said Douglas Bruce, 78, a retired administrator at Normandale Community College outside Minneapolis.

Douglas Bruce told The Washington Post his son had made an earlier attempt at self-immolation — in 2017 in front of the World Trade Centre. In that attempt people intervened and he did not suffer any burns.

Douglas said that he spoke to Wynn, his only child, a few days before his death and that Wynn gave no indication about a new plan to kill himself.

A statement on Wynn Bruce, from the Rocky Mountain Ecodharma Retreat Centre, with which the deceased man was involved, said “none of the Buddhist teachers in the Boulder area knew of his plans to self-immolate”.

The statement added: “If we had known about his plans, we would have stopped him in any way possible”.

Calls for vigils to be held at the US Supreme Court in Washington, DC, have been made in tribute to climate activist Wynn Alan Bruce who self-immolated in broad daylight outside the court in an apparent Earth Day protest on Friday, April 22.

Unconfirmed footage of the climate protest shows a person with their legs outstretched and their back propped against a wall with their head engulfed in flames as a policeman or security guard attempts to douse him with water.

An online tribute to Wynn Bruce has described the 50-year-old Buddhist from Boulder, Colorado, as “one of my friendly regular customers. An earnest, gentle man. I hope this at least draws attention to his cause, whatever it was.”

A friend also described the deceased man as “upbeat, friendly and positive”.

Marco DeGaetano told Boulder´s Daily Camera that he was shocked to hear about how Bruce died.

“It took me by surprise to hear this because never in any of those interactions did he say that he was worried about climate change. It was just friendly.

“That was the thing about him — he was always so upbeat and friendly and positive.

“But clearly, to do what he did … he must have been tussling with this issue for quite some time. It saddens me a great deal because he was a really nice kid.”

According to DeGaetano, Bruce had lived in Boulder since at least 2006.

It is not known if he had family there.

On his facebook page the late Wynn Bruce paid homage on January 21 to influential Buddhist Teacher Thich Nhat Hanh sharing an image of the Vietnamese peace activist and a quote from him:

“The most important thing, in response to climate change, is to be willing to hear the sound of the Earth’s tears through our own bodies.”

The vigil calls have been made to pay tribute to Wynn Bruce a week after his death on Saturday, April 23, as anger grows over the lack of media coverage to his death.

A man who set himself on fire, on Friday, April 22, in front of the US Supreme Court in Washington, was named by the Metropolitan Police Department (MPD) as Wynn Alan Bruce a 50-year-old resident of Boulder Colorado. He died in a local hospital less than 24 hours later. He apparently, tragically, fulfilled what he believed was his legacy.

The internet was immediately inundated with theories about what motivated a man to carry out such an action. A video of the incident was circulating on social media, as forums started up to discuss the tragic death of this climate change activist, and what compelled him to end his life in this way.

An investigation is ongoing by the MPD, while neighbours of Mr Bruce have apparently commented to Denver7 that they are confused about how he managed to get to Washington. As the result of a childhood accident, he had been left with an injured leg and head injuries, and did not drive. Of course, nobody has said he drove to Washington anyway.

Until an official investigation is completed then there is only supposition. Many users on social media have said that killing himself was not really the best way to bring attention to climate change. Others have questioned Mr Bruce’s state of mind at the time of the incident.

Earth Day is an annual celebration on April 22, and is designed to act as a reminder to protect the environment, restore damaged ecosystems, and live a more sustainable life. Bruce was a Shambalan, a practicing Buddhist. A post that he shared on his Facebook profile, on December 25, 2021, read:

“I have lived in Boulder, CO since 2000. I share a few words from the spiritual tradition that I learned of here – Shambhala.

Now I awaken basic goodness in my heart.

I confidently awaken my innate qualities —

Within the sun of basic goodness.

May the basic goodness I discovered today continue to grow and grow. May its brilliant rays shine through my life. May this primordial truth, the inheritance of all humanity, be a brilliant torch to guide all beings. May the warm-heartedness, I have discovered, be a parasol to protect all beings. May the love that I have tasted be shared with the entire world.

May the courageousness of this moment never be forgotten. May there be harmony between biospheric family, friends and nations. May the Earth be healed. May the elements be balanced. May humanity have-peace. May enlightened society manifest on this Earth. May all see the Great Eastern Sun of Shambhala”.

Now here are the words of Thich Nhat Hanh, the late Buddhist monk and peace activist:

“The press spoke then of suicide, but in the essence, it is not. It is not even a protest. What the monks said in the letters they left before burning themselves aimed only at alarming, at moving the hearts of the oppressors, and at calling the attention of the world to the suffering endured then by the Vietnamese”.
Adding, “To burn oneself by fire is to prove that what one is saying is of the utmost importance…. The Vietnamese monk, by burning himself, says with all his strength and determination that he can endure the greatest of sufferings to protect his people…. To express will by burning oneself, therefore, is not to commit an act of destruction but to perform an act of construction, that is, to suffer and to die for the sake of one’s people. This is not suicide”.
—————————————-

Emergency medical crews were called to the Supreme Court around 6:30 p.m. ET on Friday, April 22.

Bruce was rushed by medical helicopter with critical injuries to a local hospital.

He died on Saturday the MPD said.

Supreme Court Police said that they were still investigating the man’s motive for self-immolation. No one else was injured in the incident.

On October 30, 2020, he shared a link to an online class on climate change offered by edX, a free online course platform created by Harvard and MIT. 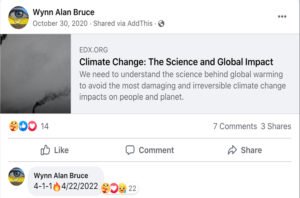 A Buddhist priest from Boulder said she knew Bruce, who was a photojournalist.

She called his death “an act of compassion.”

“This guy was my friend. He meditated with our sangha [Buddhist community],” Dr. K. Kritee wrote on Twitter.

This guy was my friend. He meditated with our sangha. This act is not suicide. This is a deeply fearless act of compassion to bring attention to climate crisis. We are piecing together info but he had been planning it for atleast one year. #wynnbruce I am so moved. https://t.co/bHoRaLK6Fr

“This act is not suicide. This is a deeply fearless act of compassion to bring attention to climate crisis. We are piecing together info but he had been planning it for at least one year.”

The annual Earth Day was held on April 22 to demonstrate support for environmental protection.

First held on April 22, 1970, it now includes a wide range of events coordinated globally by EarthDay.org including 1 billion people in more than 193 countries.

The official theme for 2022 is Invest In Our Planet.

In Mr Bruce´s final facebook post on March 28, he warned: “This is not humor. IT is all about breathing. Clean air matters.”

If you are experiencing feelings of distress and isolation, or are struggling to cope, The Samaritans in Spain offers support; you can speak to someone for free over the phone, in confidence.
In Spain call FREEPHONE 900 525 100 between 10am and 10pm to talk to a trained listener in total confidence or email: [email protected]
If you need to talk to someone after 10pm, please call the low cost UK Samaritans overseas line on 0044 330 094 5717 which operates a 24hr service.