Claims that Russian soldiers have turned their weapons on Chechen fighters 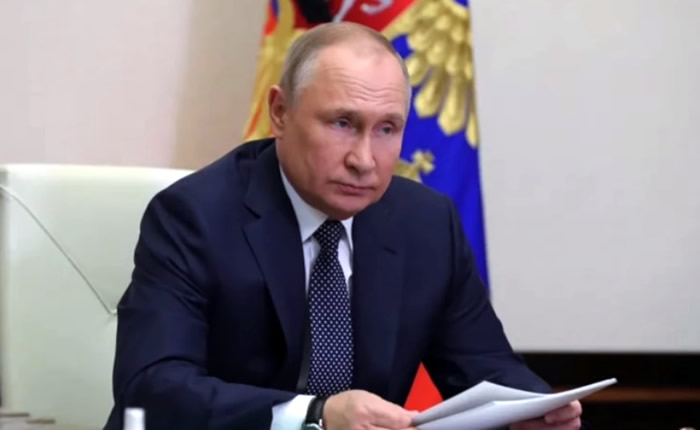 A former Ukrainian army veteran has claimed that Russian soldiers are so low on morale that they have turned their weapons on Chechen fighters. These militias, known as ‘Kadyrovtsy’, were allegedly, among other roles, teamed with the Russian soldiers to watch over them and prevent them from deserting, charged with shooting any who attempted to leave.

It is also claimed that Russian military officers are so incensed over the conditions they are being asked to operate under, along with the way the war is progressing, have gone on strike. They are allegedly refusing to carry out orders from higher up the chain of command.

The Kadyrovites are a militia under the control of the notorious Chechen leader, Ramzan Kadyrov. They have a fearsome reputation as a fighting force, with countless allegations of human rights abuse heaped on them previously. Kadyrov is a close ally of Vladimir Putin and always insists he is 100 per cent behind the war against Ukraine.

It is now claimed by Victor Kovalenko that the Russians are so angry that they have turned on their Chechen oppressors. According to the Ukrainian military veteran, Buriat soldiers in the Russian army have attacked a number of Kadyrov’s militias.

A tweet from Kovalenko read, “In the occupied Kiselivka village (near the famous Chornobaivka Russian arms storage) in Kherson province, about 50 Russian soldiers of Buriat nationality opened fire at night at fellow Kadyrovites Chechens”.

“There are dead & wounded. Source: Intelligence Dept of Ukraine MoD. Allegedly, the Buriat soldiers of the Russian military were angry and frustrated that Kadyrovites Chechens didn’t fight along with them, but threatened to kill Buriats in case they retreat from the battlefield”, he continued.

Adding, “Moreover, the Buryat of the Russian military soldiers fired at fellow Kadyrovites because they appropriate most of the stuff Buryat soldiers robbed from the locals and stole from abandoned houses of Ukrainians”.

When the conflict broke out, Ramzan Kadyrov made the boast that he had tens of thousands of soldiers in Chechnya who were prepared to volunteer to fight in Ukraine. Around 12,000 Chechens had been deployed in Ukraine according to RT, the Russian state TV channel.

The actual number of Kadyrovites involved in the war is unverified though, with military experts unable to even pinpoint which areas of Ukraine, if any, there are operating in, as reported by express.co.uk.