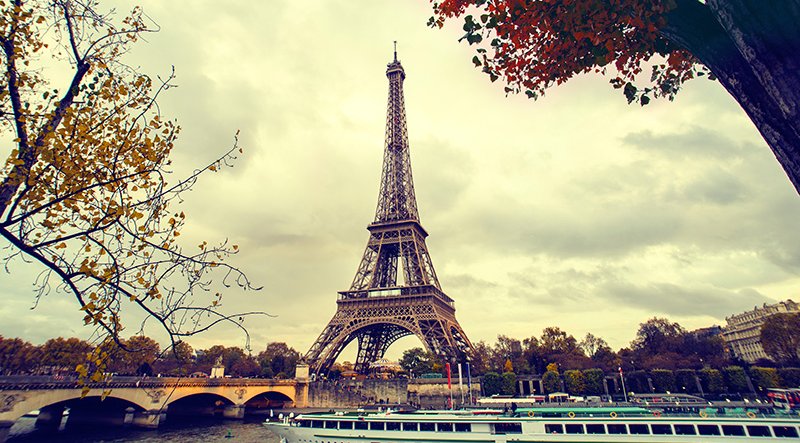 Thousands of protesters took to the streets of Paris today, Sunday, May 1, with many showing their disapproval over the re-election last Sunday 24 of President Emmanuel Macron. Violent clashes developed between groups of demonstrators and the French police on this May Day holiday.

Once such altercation occurred near Place de la Bastille, where a mob wearing balaclavas and black hoods attacked a McDonalds restaurant, and nearby banks. Riot police retaliated with tear gas and baton charges.

Around 5,000 riot police had been deployed in Paris in anticipation of such incidents as people celebrated International Workers’ Day. Water cannons and armoured cars were seen on the streets of the capital city.

‘Retirement at 60, Freeze Prices’, ‘Retirement Before Arthritis’, and ‘Macron, Get Out’ were some of the placards seen being waved by trade unionists and members of the public just before the violence broke out.

One eyewitness said, ‘The violence appears organised and directed at specific targets. Guys with black hoods and balaclavas are smashing stuff up, while others scream for Macron to resign’.

There had been similar violent scenes last Sunday when it became clear that Macron had beaten far-right rival politician Marine Le Pen in the elections. His inauguration ceremony is due to be held before May 13 after his victory – and another five-year term as president – was declared official last Wednesday 27.

Philippe Martinez, General Secretary of France’s largest trade union, the General Confederation of Labour, commented, ‘The May Day mobilisation must be as massive as possible. Beyond the unions, citizens must take to the streets so as to make sure their social and environmental demands are made loud and clear’.

Other major French cities also staged demonstrations today, including Toulouse, Nantes, and Marseille. It is always expected during such events for anarchists to infiltrate the peaceful protesters. It is believed that the Yellow vests were one of the radical groups preparing to take part in today’s marches.

A Paris police source said, ‘Some 5000 police and gendarmes are on duty, and they include riot control units. May Day usually attracts crowds of up to 20,000, and this year is not expected to be any different’.

There are also reports of violence today at protests in Greece, Germany, and Italy, as reported by dailymail.co.uk.

In Paris, a May Day demonstration on the occasion of International Workers' Day ended in clashes with the police. The security forces used tear gas to disperse the people. pic.twitter.com/KLqWWxf7DY