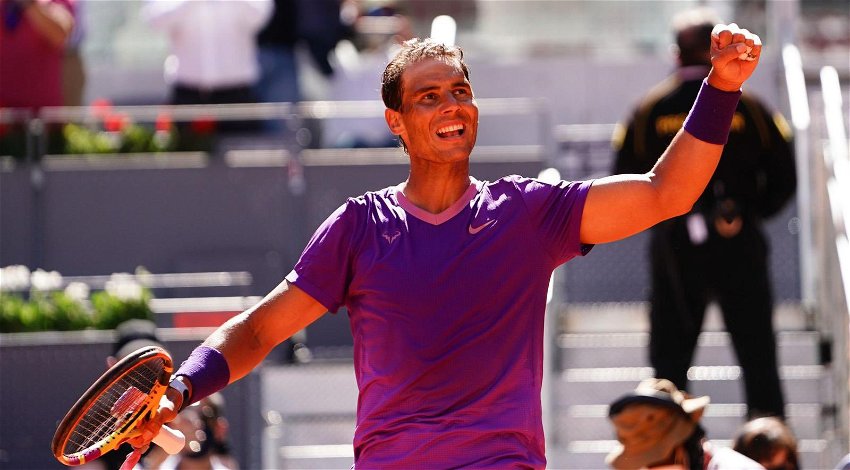 Rafa Nadal speaks out on Wimbledon’s Russian player ban saying it is unfair for his Russian colleagues.

Rafa Nadal has spoken out following the announcement that Russian and Belarusian tennis stars, such as players like Daniil Medvedev and Victoria Azarenka , would be banned from taking part in this year’s Wimbledon due to the current war between Ukraine and Russia, as reported by France24.

“It’s unfair for my Russian colleagues,” stated Nadal. In that sense it’s not their fault what’s happening in this moment with the war. I’m sorry for them. I wish it was not this way, but at the end of the day we know that this is what we have.”

“As a fellow player, what can I say? I feel sorry for them,” stated the 35-year-old Spanish Superstar.

“I wish this was not the case. Let’s see what happens in the coming weeks and let’s see if we as players need to take a stand. There is something wrong.”

Nadal criticised Wimbledon for what he felt were extreme measures.  “When a government orders something, you need to follow the rules, In this case, the government issued a recommendation and Wimbledon decided to impose the most drastic option without being forced to do so.”

“We know that Slams are outside the ATP, but as ATP we grant them the most points of all events,” said Nadal. They are the most important. The 2,000 points, whenever we go to the Grand Slams, they are really important and we have to go to those tournaments. So we will have to see the measures that we take, and it’s very unfair thing for them, for sure.”

Rafa Nadal concluded by stating that these problems are nowhere near as bad as those faced by Ukrainians: “At the end of the day, what happens in our game doesn’t have any importance when we can see so many people dying and suffering and seeing the bad situation they are having in Ukraine. It is very serious.”