Russia confirms it will sever ties with the International Space Station 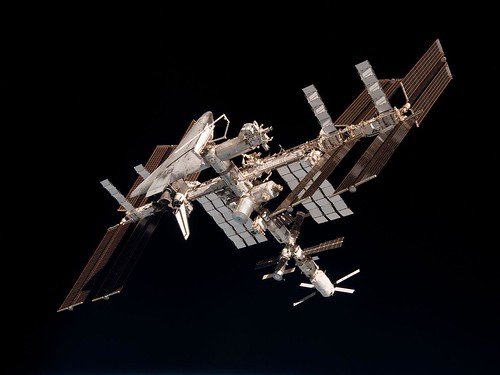 The head of Russian Space Agency, Roscosmos, confirms they will cut all ties with the International Space Station

Dmitry Rogozin, the General Director of Russian Space Agency, Roscosmos, told state television channel Rossiya 24, this Saturday, April 30, that Moscow is ready to sever all ties with the International Space Station. The head of their space programme confirmed that a decision had already been made on this matter.

This means that Russia will no longer cooperate with NASA and the European Space Agency (ESA). Although no date was mentioned, Rogozin did assure last Friday 29, that Roscosmos would abide by the stipulated 12-month period of notice. He affirmed that they would continue to work on the ISS ‘according to the time frame set out by our government, until at least 2024’.

‘The decision has been taken already, and we are not obliged to discuss it publicly’, Rogozin said on Saturday. Earlier this month the space chief had been embroiled in a nasty Twitter spat, posting now-deleted messages slamming sanctions imposed on his country by the West over the Ukraine conflict.

He had tweeted, ‘I believe that the restoration of normal relations between partners in the International Space Station and other joint projects is possible only with the complete and unconditional lifting of illegal sanctions’.

Putin’s invasion of Ukraine put an end to negotiations that had been underway between Moscow and the US to resume joint flights to the ISS. Experts have already voiced their doubts over the future operation of the ISS without Roscosmos being involved.

One of those was a leading researcher at the Space Research Institute of the Russian Academy of Sciences, Nathan Eismont. He believed that without Russia, it would become impossible for the likes of NASA and the ESA to run the ISS.

Sergei Krikalev, the former Roscosmos director, and cosmonaut, speaking with Russian news site Izvestia, said that on the ISS, it was ‘necessary for productive work’ that the US and Russia cooperated, as reported by dailymail.co.uk.