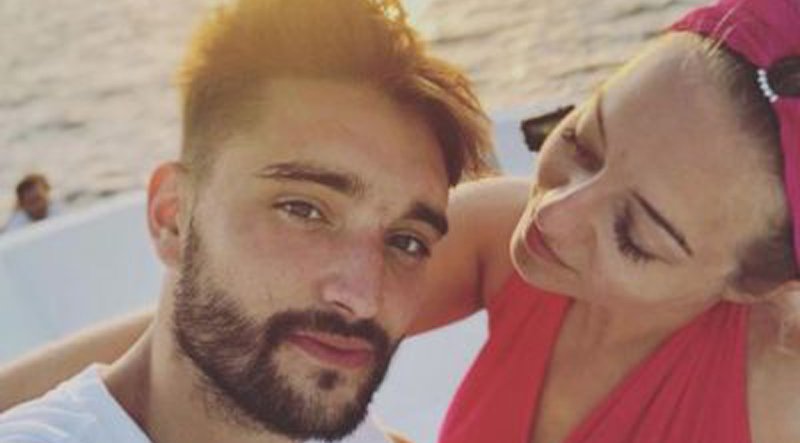 The Wanted star Tom Parker’s widow has spoken of his final moments when she held his hand as he died, saying it was a “beautiful” moment.

Tom Parker died in March, aged 33, after an 18-month fight with brain cancer.

Kelsey Parker spoke for the first time since his untimely passing to the Sun on Sunday, on May 1, saying “he wasn’t in any pain.”

Kelsey, 32, said: “It was still beautiful until the very end. It was just us and there was so much love in that room.”

The mum-of-two, in the heartbreaking interview, told how she fell in love with the singer “at first sight” as a teenager.

She spoke of the couple´s last time together as Tom – who died on March 30 – lay in a bed in St Christopher’s Hospice, near their South London home.

“I got into bed with him. We were in bed together for two hours, I just wanted that time with him.

“I didn’t want anyone coming in. We needed that time together to talk.

“It was romantic even then. Yes, we were in a hospice but that was Tom as a person, it never mattered where we were.

“He was always so romantic, loving and caring, and absolutely worshipped the ground I walked on.

“That night I could see within him that he was still trying to figure a way out of this. He’d been in the hospice for just over a week.

“I said, ‘You know Tom, I will be OK, the kids will be OK. I will make sure that everything you want them to know, the things that you’ve taught me over the years, I promise to teach them it all’.

“He said, ‘I know you’re going to be OK’. He then took off his wedding ring and put it on my finger.

“I think he knew then it was the end but he still had the Tom fight in him. He didn’t want to go.

Tom´s funeral took place on April 20 in Queensway in South East London’s Petts Wood after he succumbed to grade four glioblastoma, leaving behind his children, Aurelia, two, and Bodhi, one.

His bandmates carried his coffin into the church as Champagne Supernova by Oasis was played, while throngs of tearful fans lined the London streets.