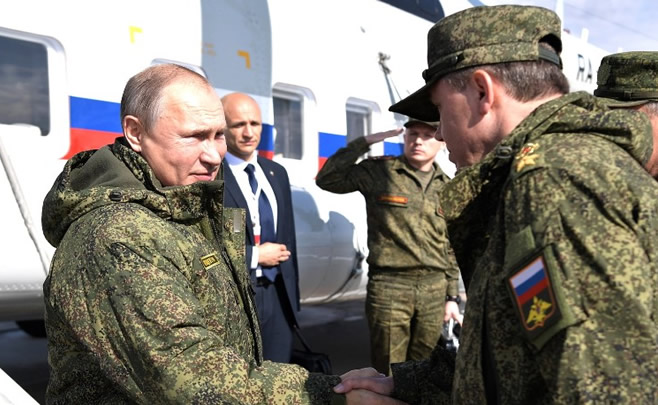 According to an unofficial report from a former Russian internal affairs minister, Valery Gerasimov, who is Vladimir Putin’s top military commander, has allegedly been evacuated from Ukraine after suffering injuries in a war zone.

Gerasimov had apparently been deployed by the Russian President to take control of the conflict in the Donbas region, and subsequently, lead his forces to victory. His role has been cut short, in another huge blow to Putin’s invasion plans.

The chief of staff was reportedly injured by shrapnel in the Kharkiv region, while commanding the Russian assault on the city of Izyum. He sustained ‘a shrapnel wound in the upper third of the right leg without a bone fracture. The shard was removed – there is no danger to life’, claimed the unofficial Russian source.

Anton Gerashchenko, one of Ukrainian President Volodymyr Zelenskyy’s advisors, Izyum was ‘the very place where Gerasimov, who personally came to lead the attack on Slovyansk, was located. A large number’ of senior officers were killed’.

Vertikal, the pro-Ukrainian Telegram channel reported that Gerasimov was not the only casualty. They claim that three more top military officers had been killed prior to the commander being airlifted out of the war zone. ‘Our source reports that his legs and hips are damaged’, they said.

Media outlet Agentstvo also reported on the incident. They suggested that Gerasimov had been evacuated to Belgorod in western Russia by an Mi-8 military helicopter.

It is reported that Gerasimov was loaded onto the Mi-8 while three Ka-52 attack helicopters circled overhead. He was subsequently flown to Belgorod, from where he was transferred to an unknown destination aboard a Defence Ministry Tu-154 aircraft.

Ruslan Leviev, founder of the independent Conflict Intelligence Team revealed in an online post that Gerasimov had been seen boarding the plane at the airport by an eyewitness who said he was moving unaided. ‘The source confirms that it was Gerasimov who flew away. But he went on board himself, alive and well’, as reported by dailymail.co.uk.