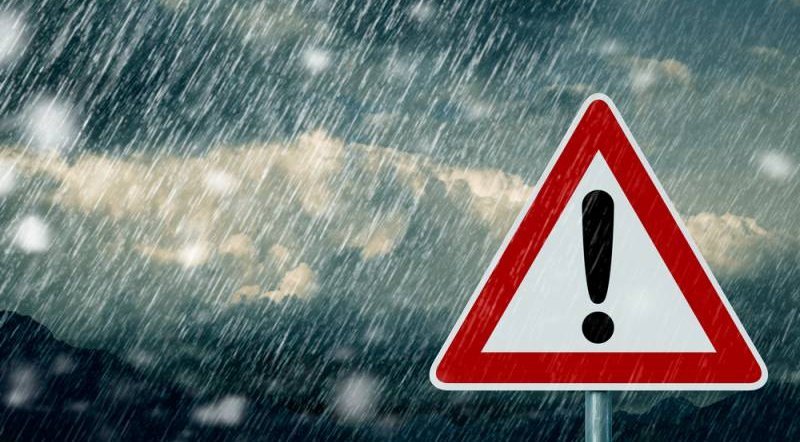 AEMET, the State Meteorological Agency, has today, Sunday, May 1, issued a yellow weather alert for the Valencian Community. Today should see just light rainfall starting in the afternoon, but for the rest of this week, the experts believe there will not be one day without rain until Friday 6.

Monday, May 2 in the Valencian Community

Monday will begin with intervals of clouds in the early hours, which will increase throughout the day. A yellow alert is in place from midday for the entire interior of the provinces of Castellon and Valencia. This alert will remain active until 10pm, with storms bringing hail and rain, which is expected to leave up to 20 litres of water in an hour.

Temperatures are not expected to change much though. Minimums will not vary and the maximum will drop. but only slightly.

The yellow notice will extend to the south coast of the province of Valencia and the north coast of Alicante. It will be maintained throughout the interior of Castellon. and in Valencia. In parts of the interior of the northern half, rains of 20 litres are expected in one hour, while in the entire southern strip of Valencia and the northern coast of Alicante, 60 litres are predicted to accumulate in 12 hours.

In the province of Valencia, the yellow notice remains activated between midnight and 10pm, while in the case of Alicante it will be from 8am to 10pm, and in Castellon until 12 midnight. Maximum temperatures will continue to decline to around 20 degrees.

No alert is in place for Wednesday, with AEMET predicting a day with cloudy skies at first, which will develop into intervals of clouds in the northern half of the Valencian coast. The southern half can expect showers, accompanied by occasional storms, especially in the southern half of the province of Valencia, and the extreme north of Alicante.

This rain could spread to the rest of the Valencian territory by the evening, although more likely in inland areas.

The weather forecast for the second half of this first week of May has not been detailed yet by AEMET, but it assures that the rain will most probably stay until Friday 6, as reported by lasprovincias.es.