Exodus from small towns in Spain leaves 1,400 with less than 100 residents 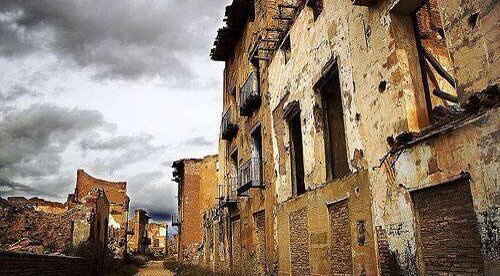 Over the last 20 years Spain has seen migration from small towns almost double, as it leaves nearly 1,400 villages with populations of less than 100 residents.

The data released today May 2nd by the National Institute of Statistics (INE) shows that villages are not retaining residents or attracting new ones, with anecdotal evidence suggesting that a combination of young people seeking better jobs in the city and fewer willing to do the hard work and less well paid work in villages, is behind the downward trend.

Minister of Territorial Policy, Isabel Rodríguez, has encouraged regions to do more to keep villages populated by making it more cost effective to live in these areas. Speaking on behalf of the government she said that they would like to see the example of Castilla-La Mancha replicated across the country, with Castilla offering tax reductions to those who live in villages with populations under 5,000.

According to the figures there are only 20 provinces who do not have any municipalities with less than 100 residents, which are Asturias , Álava , Balearic Islands , Vizcaya , Cádiz , Córdoba , La Coruña , Guipúzcoa , Granada , Jaén , Lugo , Málaga , Murcia , Ourense , Las Palmas , Pontevedra , Santa Cruz de Tenerife , Seville , Ceuta and Melilla .

At the opposite end of the scale are Guadalajara, Burgos and Soria with 176, 164 and 119 respectively.

The government has expressed concern that the trend is depleting the countryside and in the process reducing the viability of businesses in these areas, which in turn removes jobs and services needed to sustain communities. The latter in turn causing people to leave these areas.

The exodus from small towns in Spain has both positives and negatives, positive for those buyers looking for bargain homes but negative in that it places many of these communities in a precarious position as jobs and services dwindle. That campaigners say will lead to more ghost towns.