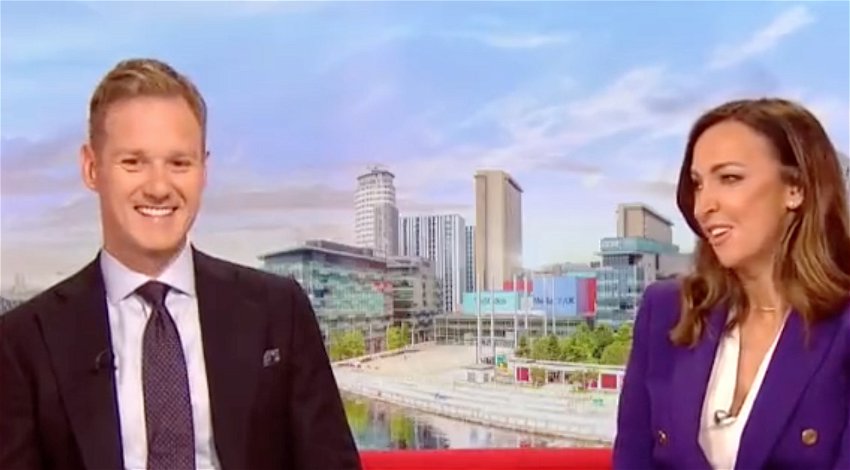 Dan Walker reveals his final day on BBC Breakfast before making the switch to Channel 5.

The presenter has hosted the morning news programme since 2016.

BBC Breakfast news host Dan Walker has revealed his final day on the morning show as he makes the switch from the Beeb to Channel 5.

On the show and via Twitter, the 45-year-old said he had two weeks left on the couch before leaving the British Broadcasting Corporation (BBC).

He said on Twitter: “So… my final day on BBC Breakfast will be 2 weeks today! (May 17th) It still feels a little surreal but Sally Nugent has promised to bake me a goodbye tart!”

He added: “Thank you for all the kind comments. You’re all lovely.”

On the show on Tuesday, May 3, the former Football Focus presenter told viewers, “It was a big decision, I thought about it quite a lot. It’s a hard one as well.

“The other thing I want to say is thank you to everybody who has sent so many messages. One thing I have realised is this programme means an awful lot to people.

“I’ve realised how special this show is and how much everybody who watches it loves it, so thank you very much to everyone who has said incredible and lovely things.”

So… my final day on #bbcbreakfast will be 2 weeks today! (May 17th)

Thank you for all the kind comments. You’re all lovely. pic.twitter.com/ra4unzbyb3

At the time, the presenter made the announcement via a video on his official Twitter page: “I have a little bit of news for you”, he started. “In the next few weeks, I’m going to be leaving BBC Breakfast and moving to 5News and to Channel 5”.

“And what an honour to step into the shoes of Sian Williams. I know how popular she is with both the team and the audience. All I can say is I will do my very best to maintain her incredibly high standards,” he concluded.

After he made the announcement, friends and fans reacted to the news.

Former breakfast co-host Louise Minchin, who also quit last year after 20 years with the BBC, shared a picture of the pair on Twitter and noted that she enjoyed taking selfies of the pair during their six-year run together.

“Dan Walker leaving BBC Breakfast reminds me of the fun we had, six years on the sofa, and the endless selfies which still occupy my phone,” she wrote.

Ian Dennis, senior football reporter at BBC Radio 5 Live and Match of the Day, said: “Sorry to hear you’re leaving the Beeb big man but wish you well in your new move. Always been fun when working with you.”

TV host Ben Shepard wrote: “I’m hoping there will be ceremonial destruction of the alarm clock on socials that we can all enjoy ……and be jealous of!! Enjoy the lie-ins and good luck with the new challenge!”