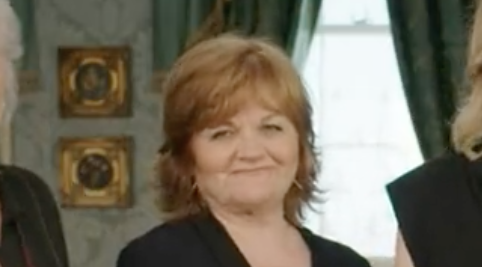 DOWNTON Abbey actress Lesley Nichol, best known for her role as Mrs Patmore in the popular British period drama, has been left heartbroken following the death of her husband David Keith Heald.

In a statement, Lesley’s agent Paul Pearson told The Sun: “I would like to confirm the passing of Lesley’s beloved husband David Heald, known to all his wonderful friends as Da’arboth.

“Da’arboth was an amazing, unique and inspirational man who was always at Lesley’s side ‘her warrior’

“We are all processing this unexpected turn of events and Lesley would like to thank everyone for their loving and kind messages of support.”

The 68-year-old is said to be heartbroken and devastating following the loss of her partner.

Friends of the British actress told the tabloid: “Lesley is heartbroken, of course.

“They were a real couple and team.

“She was mobbed by fans around the world but he was not only her husband but her protector and biggest love. They had a very strong bond and love.

“He was her biggest champion and always loved her success in recent years.

“David was the most modest and kind man who was always happy his wife was in the spotlight.

“They were always attending events together and he always was there as her rock, allowing her to shine while he stood back proudly.”

Nichol, who also starred as the cook in two Downton films, married Mr Heald in 2007 and revealed that the two ‘just hit it off.’

“It’s a good partnership,” she said previously about their relationship.

“I met him through a friend and we just hit it off.

“He is a martial artist and he does lots of spiritual stuff like Reiki. But he is interested in our world.”

The details of his death have not been revealed at this time.