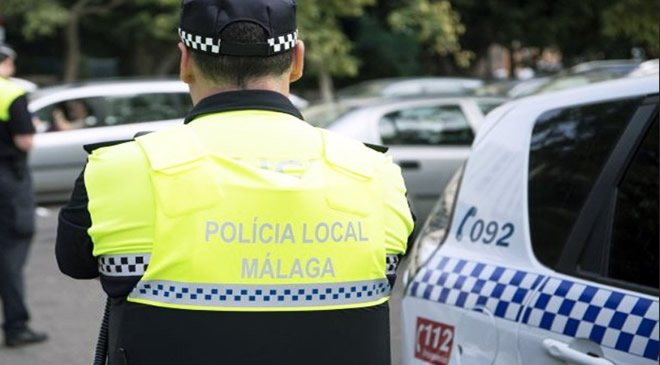 After finding a bride with her car broken down, officers from Malaga Local Police delivered her to the wedding

A bride-to-be had an unexpected moment of chivalry by two Local Police officers from Malaga on Monday, May 2. As Lidia was driving to her wedding at Finca El Porton in the Malaga municipality of Alhaurin de la Torre, her classic Jaguar car broke down. The nervous bride was now stranded on the side of the road heading towards Coin, with her godmother, and another girl.

Just when they thought that they would no longer make it to the wedding on time, a patrol vehicle from the Malaga Local Police stopped next to them. Two officers, Jose and Dani approached to check that everything was okay.

The panic-stricken bride explained the situation to the two policemen. She was getting married at 1pm, and the car had broken down. There was no way to start it, and, being the long holiday weekend, they couldn’t find a taxi either.

As a total surprise, the cops offered to deliver Lidia to her to the wedding. With the permission of their superior in Malaga, they went to change the vehicle they were driving, as it had a separation screen for detainees. They subsequently returned to “rescue” the bride and her companions, and drove them to Churriana on time to get married.

“The car would not start and they tried to call a taxi but they did not pick up the phone”, explained one of the officers. “It was rush hour and most taxis would be busy, they did not answer”. Malaga Local Police prepared a video in which the bride can seen happy, and getting into the police vehicle, while one of the policemen opens the back door for her.

“These are the good things that the police fix”, commented the godmother. “Real life stuff”, added Lidia, who thanked the officers. “Nothing, that’s what we’re here for too”, replied the policeman, as reported by malagahoy.es.