The US denies entry to over 270,000 travellers each year: Here’s why 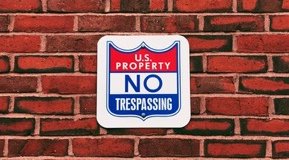 Getting into the US isn’t as easy as hopping on a plane, landing, and walking across the border – so 270,000 people find out each year.

The latest figures show that over 270,000 people are denied entry to the US at the border. Imagine going all that way to be turned away at the door, so to speak. But it happens, and over 270,000 people each year face the reality of a failed holiday and the expense of having to turn back around and not return. Once you’re there, it’s not as easy as pleading to the border control people and hoping they’ll change their minds – the strict entry requirements aren’t something they can turn a blind eye to.

There’s been an increased difficulty across the world to enter and leave countries since the COVID-19 pandemic began in 2019. Only recently have they started to ease those restrictions entirely. Spain, for instance, only require that a traveller shows a digital vaccination card, a negative test, or a certificate to show they’ve recovered from the infection.

Below, we’ll look at why the US turns away so many travelers and how you can avoid disappointment at the border.

Entering with the wrong visa

At the top of the list of reasons for being denied entry to the US is the wrong visa. For example, the ESTA for UK Citizens will be suitable for the UK but no Australia, for example. Each nation has its own requirements, own paperwork. People with a criminal record, for example, won’t be able to apply for an ESTA – although some people still try and find themselves turned away at the border if they’re one of the unlucky ones to have their application picked apart on arrival. Lying on a visa application is also one of the more common reasons people find themselves denied entry at the border.

Always thoroughly research the requirements of an ESTA to help determine whether your application will be successful or whether you need to apply for a US visa. Whatever you do, don’t bend the truth to save yourself the hassle of going to an embassy for a US visa – chances are, the border control will know.

This one’s a tough one. One of the main reasons people are denied entry at the border is the gut instinct of the border control personnel. If they think something fishy about you, they’ll make it known and reject your entry to the US. That might be because they don’t believe your reasons for traveling, think you might want to stay for longer than intended, or that you’ve lied on your visa application.

Most of the time, it will depend on who’s working the border on that day. Some people will be far stricter than others, leading to discrepancies in entry requirements and many travelers scratching their heads as to why they’ve been rejected entry.

Entering the US with a criminal record isn’t a no-go, but you must declare it. Some offenses will make it impossible to travel to the US, such as murder charges. Although an extreme example, there are other instances where the US might question entry based on criminal convictions. In most cases, a criminal record of any kind will make an ESTA visa rejected, but people can still go to the US with a successful application for a US visa.

Illnesses are another peculiar one, but it’s only certain illnesses like alcohol or substance addiction. A problem like that would deem you unfit to enter and stay in the US. Commonly recognized illnesses like diabetes, for example, won’t restrict your entry to the US.

The safest way to ensure you won’t be refused entry at US borders is to thoroughly research the entry requirements and tell the truth at every stage. Border control has been known to deny access to the US simply for attitude at the border, so it must be total cooperation and truth throughout. There are plenty of articles online that outline the requirements for traveling to the US.