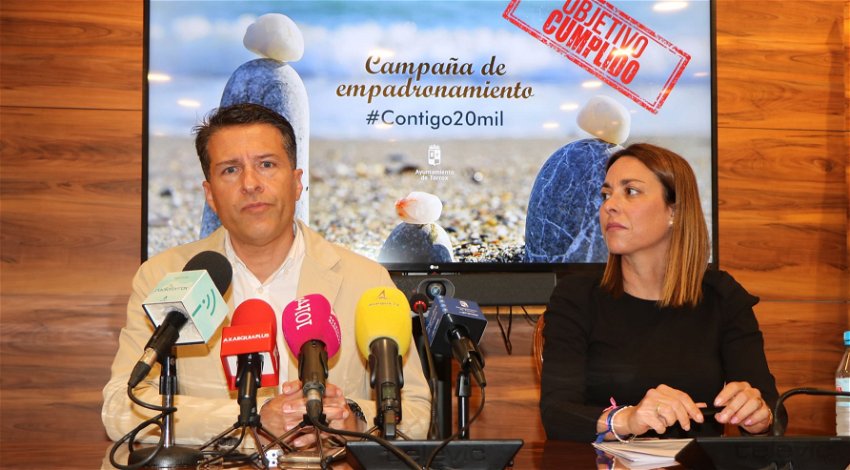 Torrox has officially reached 20,000 inhabitants, which will bring significant economic benefits to the municipality.

Torrox now has more than 20,000 inhabitants. On April 29, the mayor, Óscar Medina, and the councillor for Personnel and Finance, Paula Moreno, spoke of their satisfaction at having achieved their population goal.

According to the Town Hall’s statistics, Torrox currently has 20,886 inhabitants, a figure that continues to grow. This will bring great benefits to the municipality, including more economic resources from the State and an increase in municipal staff and therefore more job opportunities. This increase in population will also have an impact on the 2023 municipal elections, as Torrox will have 21 councillors instead of the current 17.

According to Paula Moreno, there were exactly 15,371 inhabitants registered in Torrox in 2015, when the Partido Popular took over the mayor’s office and set the goal of reaching 20,000 “in order for Torrox to regain the importance that other government teams had not given it”. She also highlighted that being the second oldest town in Axarquia, Torrox had always been significant within the province of Malaga.

“We are a dynamic government that is committed to Torrox and the people of Torrox and all the promotional actions that we have put in place have borne fruit,” she said. She listed the improvement of infrastructures, better beaches and the unprecedented cultural, leisure and sporting offer as factors that make people want to stay in Torrox, as well as other charms, such as the climate, the gastronomy and the ability to “make each tourist feel like one of us”.