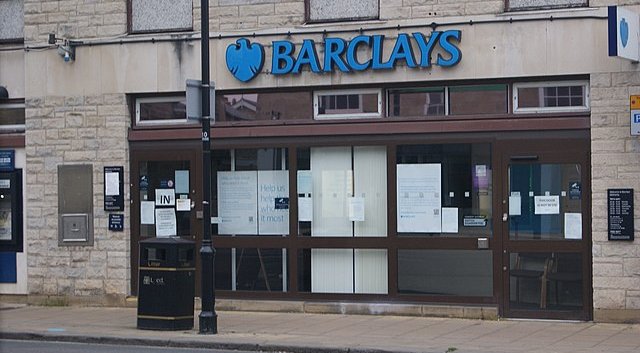 A poll commissioned by campaign group 38 degrees that was shared exclusively with The Independent, has labelled Barclays the “Worst bank in Europe” for its financing of fossil fuels.

The views, carried in the report, were echoed by protestors who gathered outside the company’s Annual General Meeting (AGM) today, Wednesday, May 4th. The protestors, who included the notorious Extinction Rebellion, demanded the bank stop financing fossil fuel companies and projects.

According to The Independent, 38 degrees found that 26 percent of the bank’s customers would most likely move their accounts if the company did not take more ambitious action on climate change.

Barclays have said they aim to reduce financed emissions across the energy, power, cement and steel sectors by the end of 2030, including reducing total scope 1, 2 and 3 energy emissions by 40 percent. The bank is also aiming to stop financing new clients engaged in thermal coal mining by 2023 and not to finance existing clients that generate more than 30 percent of revenues from thermal coal mining.

Not all customers are convinced, and many would like to see the bank go much further.

A customer and support of 38 degrees said: “It’s all well and good for Barclays bosses to sit there and look at their balance sheets at the end of the year and see how much money they make, but, unless they start balancing their books against the environmental destruction their investments are causing, I’ll close my account.”

The disruption of bank AGM’s in the UK affected by Standard Chartered on Wednesday, May 4th, HSBC’s on Friday, April 29th.

Barclays, according to the latest fossil fuel finance report, found that Barclays is “the worst” bank in Europe for financing fossil fuels in the six years since the adoption of the Paris Agreement in 2015.

According to the fossil fuel finance report, produced by Rainforest Action Network and other groups, Barclays financed fossil fuels with $167 billion (157 billion euros) between 2016 and 2021 and is the 7th “worst” bank globally for financing fossil fuels.

UN Secretary-General Antonio Guterres, referring to the latest chapter of the UN’s Intergovernmental Panel on Climate Change report,  said: “It is a file of shame, cataloguing the empty pledges that put us firmly on track towards an unliveable world.”

He added: “We are on a fast track to climate disaster.”