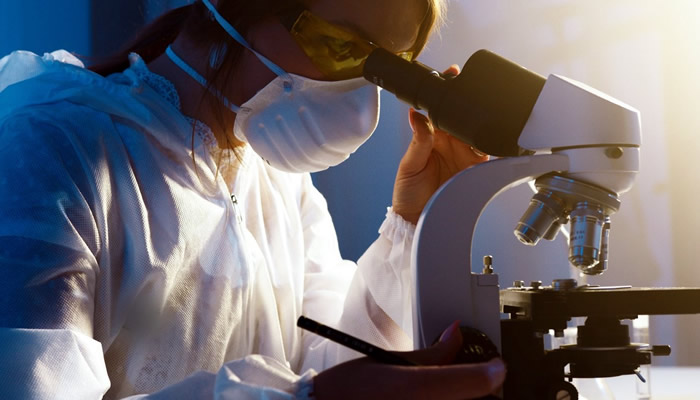 Image of a scientist in a laboratory. Credit: Pexels - Artem Podrez

Gerald Rockenschaubm, the Regional Director of Emergencies for the World Health Organisation (WHO) has assured that the increase in cases of acute childhood hepatitis of unknown origin is a “very urgent” issue to which they are giving “absolute priority”.

Speaking in Lisbon this Monday, May 2, he assured, “It is very urgent, and we are giving absolute priority to this, and to working very closely with the European Centre for Disease Prevention and Control (ECDC), in management and coordination”.

The specialist is in Portugal for the Universal Health and Preparedness Review (UHPR). This is a program designed to share resources between countries, and to prepare responses to public health emergencies. He explained that several countries have been put on notice to “keep an eye on this more specifically”, after the increase in reported cases.

“We are doing everything possible to quickly identify what is causing this, and then take the appropriate measures, both nationally and internationally”, he stressed.

On April 5, the first ten cases of this acute hepatitis were reported to the World Health Organisation by the United Kingdom. All were in children under ten years of age, without previous ailments. Since then, infections have also been detected in Spain, Israel, Denmark, Italy, the United States, and Belgium, among others.

According to the WHO, the age of those affected ranges between one month and 16 years. In most cases, they do not have any fever, and the viruses associated with these ailments – hepatitis A, B, C, D, and E -have not been detected in any of them.

In Portugal, a country that has not yet detected cases, the General Directorate of Health announced the creation of a body of work to monitor the situation, as reported by larazon.es.

Originally from Wales, Chris spent years on the Costa del Sol before moving to the Algarve where he is a web reporter for The Euro Weekly News covering international and Spanish national news. Got a news story you want to share? Then get in touch at edit[email protected]