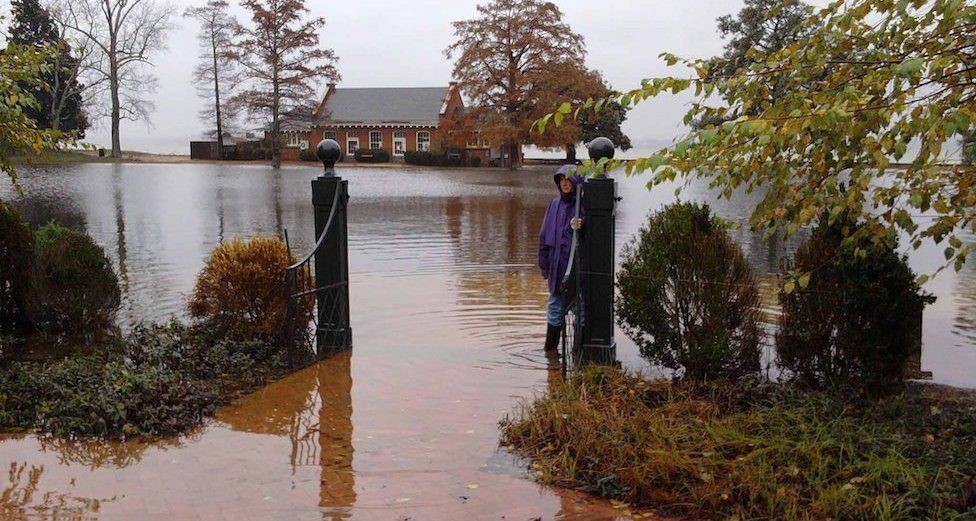 England’s first settlement in America, Jamestown, has been put on the endangered list as the threat from global warming becomes an increasing reality.

The town, possibly the most important in the UK’s relationship with North American, is according to preservation groups experiencing increasing bouts of flooding as sea levels rise.

The English first settled in the area in 1607, leading many to describe Jamestown as the birthplace of democracy and of slavery in America. But the tides of the James River are becoming higher and more damaging, the water table is rising, and storms are more frequent and severe, causing dangerous flooding threatening that history.

James Horn, President of the Jamestown Rediscovery Foundation said: “There are multiple challenges, and they’re all related to climate change, essentially, we can’t get rid of the water.”

The area was thought to have been underwater when the settlers first arrived, however excavations that began in 1994 provided evidence that this was not the case. Instead, what those involved found, was that the area had been flooded before. Most of the original fort has now been excavated and millions of artefacts have been found along with skeletal remains.

What they also found is that the pace of erosion and flooding is threatening the area in its entirety.

Horn added: “Because of the rate of change, we estimate that a good portion of the fort and surrounding area will be underwater within 35 years.”

Katherine Malone-France, chief preservation officer at the National Trust for Historic Preservation, which compiles the annual list of 11 Most Endangered Historic Places, said: “There is basically a five-year window at Jamestown.

“If we do not begin to address these issues within that five-year window, mitigating the impact of climate change becomes exponentially harder. This can’t wait another 10 or 15 years. This is about right now.”

Work will begin on the 100-year-old seawall soon and plans are underway to overhaul the drainage system, however funding is urgently needed to cover the cost which is likely to run into tens of millions.

Ms Malone-France says Jamestown is a particularly important part of America’s past. In 1607 when the settlers arrived they encountered the Powhatan people, launching a complex and often violent relationship with the indigenous tribes.

In 1619, Jamestown held the first General Assembly, the beginnings of democratic government in America based on the rule of law and individual freedoms. But a few months later, slavery was established in the new colony when a ship carrying captives from Angola arrived at its shores.

Jamestown is not the only one on the endangered list because of global warming, with Olivewood Cemetery in Houston, Texas, also situated on low-lying ground. Olivewood is one of the oldest known African American cemeteries, containing more than 4,000 graves.

In a country where many don’t believe in global warming, the news that Jamestown, England’s first settlement, is under threat, America stands to lose one an important slice of its history.