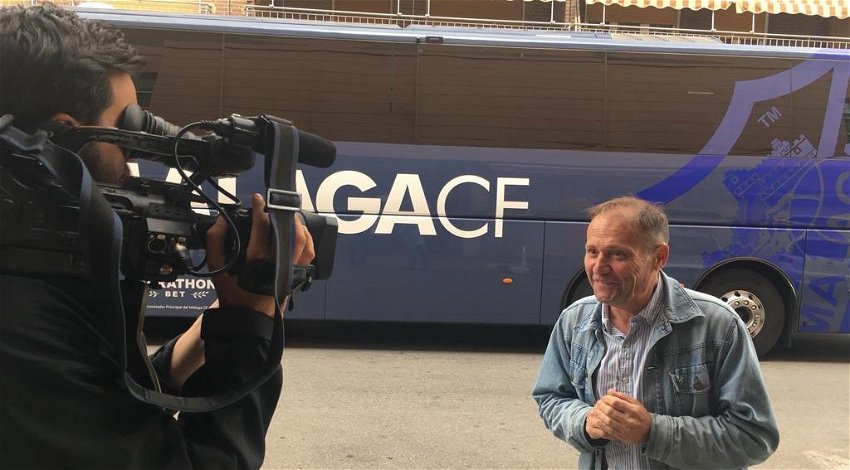 The former SER and AS editor died suddenly aged 6o.

POPULAR Malaga sports journalist Jorge Ramos, a former editor for SER and AS, died at the age of 60 after he reportedly suffered a sudden heart attack while covering a press conference on Tuesday, May 3.

According to Spanish media outlet AS, Andalucian journalist Jorge Ramos Rico, dubbed one of the historical voices of Malaga sport, lost his life suddenly while covering a press conference in Antequera.

Apparently, despite the best efforts of medical professionals, he was pronounced dead at the scene after suffering a heart attack, as reported by SUR.

Jorge Ramos covered matches and sporting events for four decades in the region, most notably covering football and basketball. His voice was the voice of Málaga on Cadena SER for many years. As well as working for 101 Television, Ramos was also the voice of Club Deportivo Málaga.

The Málaga club paid tribute, writing on Twitter: “Málaga CF joins in the sorrow of Jorge Ramos’ family, showing its affection for a person who, from his profession, always defended our colours and supported the Club at all times.

“The blue and white sky has a new star from today. Rest in peace, friend.”

AS paid tribute to their former colleague, writing: “Ramos was a companion, charismatic and with very special people skills. AS’s family joins in showing condolences to his family and friends.”

Malaga Today wrote: “Rest in peace Jorge Ramos Rico. From Malaga Today we join in the condolences to his family and his children, Jorge and Ana María.”

“We deeply regret the death of our colleague Jorge Ramos and we are dismayed by the loss of a person with boundless humanity, a professional from Toledo who was a wonderful colleague. Our sincerest condolences to all his family and friends,” wrote 101 TV Málaga.