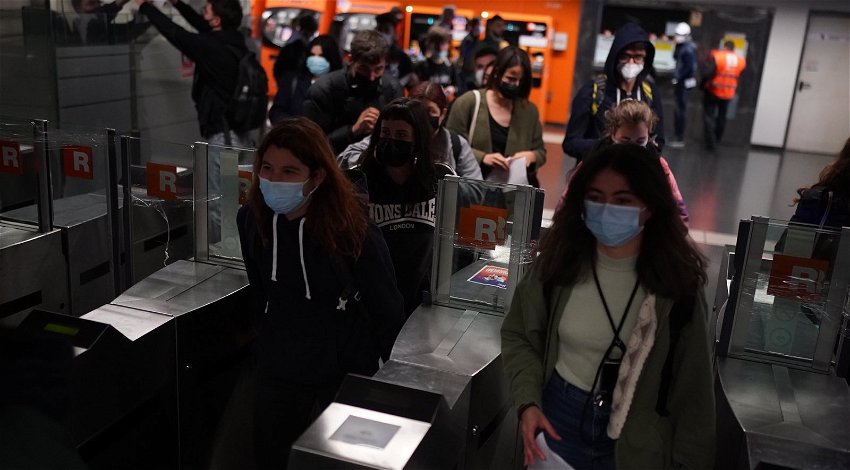 A new Youth movement has broken through barriers at a metro station in Barcelona.

On Wednesday, 3, May, a new Youth movement broke through the barriers at Barcelona’s Arc de Triomf de Roadies Renfe metro Station, to raise awareness for the “serious” situation of Rodalies transport and other “difficulties” in Spain, such as access to housing or jobs with decent working conditions, as reported by 20minutos.

Around 50 young people opened the barriers at Arc de Triomf at around 9 a.m. to allow Rodalies users to pass through without tickets, and hung posters on the ticket validation machines and information panels with the message: “If Madrid doesn’t pay, we don’t pay!

The movement that called for the mobilisation is named Batec and it is calling  for people to stop paying for Renfe tickets from 11 May. For the state to comply with Catalonia it has to lose something. Until they don’t pay, we don’t pay”, said one of their spokespersons. As they explained, Batec wants to be “a new mobilising space” in the face of the “crisis”, driven by young people from the Catalan associative fabric.

One of the movement’s spokespersons stated that Rodalies is “a disaster that is responsible” and reproached the state for the lack of investment promised in Catalonia by Adif and Renfe in recent years.

The new Youth movement regrets the daily delays and breakdowns of this rail service and the “promises of improvement that do not arrive”. That is why they have called to stop paying for tickets from next Wednesday and justify the mobilisation: “Spanish governments know that if they do not comply with Catalonia nothing happens to them”.