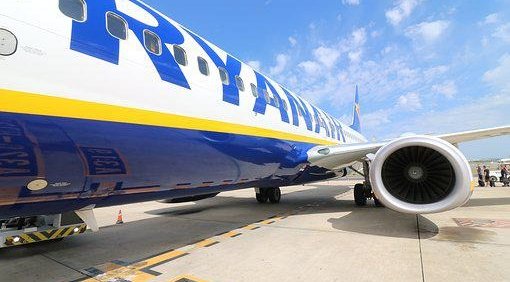 Ryanair passenger ‘traumatised’ after being turned away from flight over passport palaver. The Brit had been heading to Spain’s Ibiza.

Caroline Smith has revealed her “traumatic” experience with Ryanair after she nearly missed her 10th wedding anniversary holiday with her husband. Caroline had been set to fly to Ibiza on April 28, but she had issues with her passport issue date. This did not seem to be an issue for Jet2 though, only for Ryanair.

Caroline explained the whole palaver to The Nottingham Post and said: “It was a nightmare. For me it was just something that I was completely oblivious to and I think it’s really important that people are aware of it because I think it’s going to catch a lot of people out.

“Obviously we’re starting to go into summer season, people starting to travel a lot more and what Ryanair are saying is that due to Brexit they’ve made a change. So because of that when I went in to check-in my luggage, because I’d already checked in online and no one at that point had flagged it at that point.

“My passport details say sometime in March, 2023, and before it was always like you need three months to go into Spain from your expiry date so in my view I wouldn’t of thought in a million years that my passport wouldn’t be valid. But since Brexit what they’re saying is they take it from the issue date.

“Now potentially if your passport has been renewed early which in my case it was because at the time 10 years ago we got married and I’d changed my passport because I wanted to change my name to Smith. So they then add on a couple of months to the passport because you’ve renewed it early.

“Because of that, that then means that some airlines, like Ryanair, are taking it from the issue date. The issue date for my passport is in June and they’re saying you need three months from that date.

“The issue is it’s very conflicting. I can understand what they’re saying but at the same time it’s not super clear anyway.”

Caroline revealed: “My sister-in-law works for Jet2 and she checked it on a system and it says it’s fine to fly and it’s valid so I went over to the Jet2 desk and they said ‘it’s fine, we’ll fly you’ which I did, fortunately. So it just doesn’t make much sense – in my view there’s something fundamentally wrong if one airline’s saying yes and the other is saying no, it’s bizarre.

“My husband still went with Ryanair because his passport was fine, I had to pay another £400 just to get a one-way ticket out which was not ideal! Not what I was expecting to fork out right away. But I wasn’t going to let that ruin our trip.

“It was the day of our anniversary as well. We drove down from Nottingham that night to Stansted, parked up, got there quite late because the flight took off at 7am. It was good because we got there on time and had this news given to us and then having to organise what we needed to do.

“They were being really unhelpful and telling us we just couldn’t fly. So we didn’t get very far with them – I was just in shock.”

The holidaymaker went on to add: “It wasn’t the best initial start to the holiday – it was very very traumatic to be honest. You think for a second that this isn’t going to happen.

“But we checked and I’m glad we did because obviously we found a resolution fairly quickly and it didn’t completely just void the holiday so to speak, but it was very close to.

“Luckily there was a ticket available on that flight with Jet2 an hour later.”