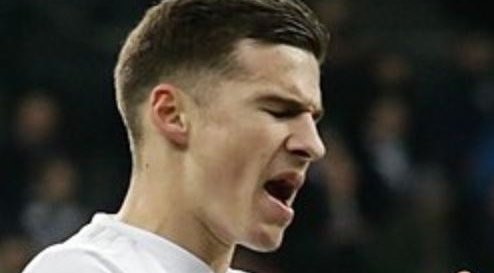 On May 4, the courts in Almeria decided to sentence Spanish footballer Santi Mina to 4 years in prison. The player has been acquitted of sexual assault but has been sentenced for the sexual abuse of a woman on June 18, 2017. Fellow football player David Goldar has been acquitted, a private prosecution had accused him of sexually assaulting the woman.

Mina had been facing eight years in prison for sexual assault but magistrate Társila Martínez sentenced him for the crime of sexual abuse. The football player will have to stay 500 metres away from his victim for 12 years. He will also have to pay her 50,000 euros in compensation. It is expected that the footballer will appeal the sentence, according to 20 minutes.

Football club Celta Vigo commented: “As a result of the sentence of the Third Section of the Provincial Court of Almeria, issued today, RC Celta has decided to open disciplinary proceedings against the player Santiago Mina to elucidate his work responsibilities in view of this resolution. For this reason and as a precautionary measure, it has been decided to provisionally remove the player from the first team training sessions, without prejudice to the fact that he will continue to carry out the activities indicated by the club”.

“RC Celta respects the right of defence of the player, but it is obliged to take measures against those facts that undermine in a notorious way the image of the club and directly attack its values, showing once again its absolute rejection towards the crime typified in the judicial resolution”.