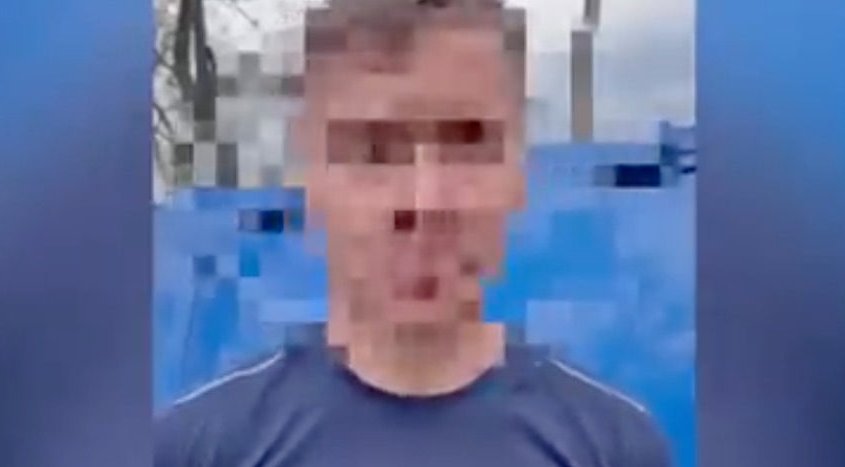 Ukraine has dealt another blow to Putin with the arrest of a Russian FSB Police Major.

“Counterintelligence and investigators of the Security Service of Ukraine have exposed and detained an active employee of the National Police Department in Kharkiv Region who was passing intelligence information to the enemy,” stated Ukraine’s Security Service as reported by Ukrinform.

“It has been established that an operative of the visual surveillance unit, who holds the rank of police major, was involved in the collection of intelligence to the detriment of Ukraine on the day of the beginning of the armed aggression of the rf,” the report by Security Service of Ukraine reads.

“The FSB Major reportedly worked with assistance from a relative, a retired OMON officer from Belgorod. FSB officers worked under the Major’s orders to photograph military and civilian facilities in Kharkiv, as well as the movement of Ukrainian Armed Forces units across the Kharkiv region.”

“The SBU (Ukraine Security Service) officers documented that during this time the intruder managed to photograph and transmit via Telegram to Russia pictures of the buildings of the SBU Department in Kharkiv Oblast, the Main Department of the National Police in Kharkiv Oblast, one of the shopping and entertainment centres in the centre of Kharkiv, a service station where military vehicles were repaired, and pictures of military vehicles on the territory of Kharkiv and the region.”

“The intruder drove around the region in a service vehicle with a special permit, which allowed him to avoid inspection at checkpoints,” The Ukraine Security service stated.

The FSB Police Major was detained at one of the checkpoints near Kharkiv. During inspection of his car, three items resembling RGO and F-1 grenades, as well as fuses to the grenades, were found.

At the moment, the Police major’s actions are being investigated under specific articles of the Ukrainian Criminal Code.

Originally from the UK, Joshua is based on the Costa Blanca and is a web reporter for the Euro Weekly News covering international and Spanish national news. Got a news story you want to share? Then get in touch at ed[email protected]