COULD IT BE WORSE? 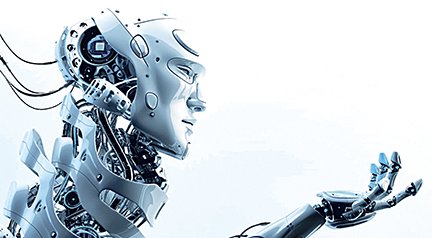 Climate change and artificial intelligence - life could be a lot worse than it is today.

THINGS could be a lot better these days. In the last few years, we have experienced a number of setbacks, some of them seemingly irreversible. The greatest issue glaring at us right now must be climate change. If this is irreversible, then in the longer term, all other problems, however serious at present, will soon be irrelevant. Let’s just hope that we can take all necessary measures in time.

The Russians could rise against Putin if they have the will or the courage, and Ukraine can be rebuilt. Covid will phase itself out in the face of increasing immunity and scientific solutions. Inflation will eventually recede as the economic cycle proceeds. Declining standards in everything may be halted by a general realisation that quality products and pride in service still matter. Meanwhile, huge damage has been inflicted by all these factors. Other problems may not be reversible.

The transgender movement, artificial intelligence, intensive farming and Kim Jong-un’s dynasty could be here to stay. Could it get worse? Well, there could be five different sexes in various permutations; our minds may be controlled by humanoid robots; we could be cloning sheep and goats for factory farming; and Kim may strike and subjugate South Korea.

Yes, it certainly could be worse than it is. As I sit here, China has not invaded Taiwan, Singapore and Japan. In Western Europe we are not at war and there has not been a global outbreak of bubonic plague for quite a while. Europe has no Zimbabwe-style hyperinflation and acceptable goods and service can still be found. There are advances in communication, science and technology.

Tesla cars are manufactured entirely by robots and advances continue to be made in medical research, if not in treatment. Meddling around with nature will most likely be the cause of the extinction of the human race and our planet. Already the joys of romantic and physical love are not what they were 90, or even 60, years ago in a less cynical world. Then we were either masculine or feminine and our mental and physical differences mutually attracted each other. Widely reported waning interest in sex and increasing sexual confusion could unsettle society as we know it – and even affect procreation.

The other enduring dangers we face are potentially apocalyptic. We have been granted the ability to create artificially intelligent machines able to think more quickly and make broader decisions than we can. Future intelligence may not take the form of robots, but it may be able to control and subjugate us. It may decide whether or not the human race should continue to exist. The climate change issue may take longer. If our planet becomes sufficiently polluted, it will not be able to sustain us or any of its living creatures. If we continue to neglect the environment, we may not be controlled by robots. We simply won’t exist.