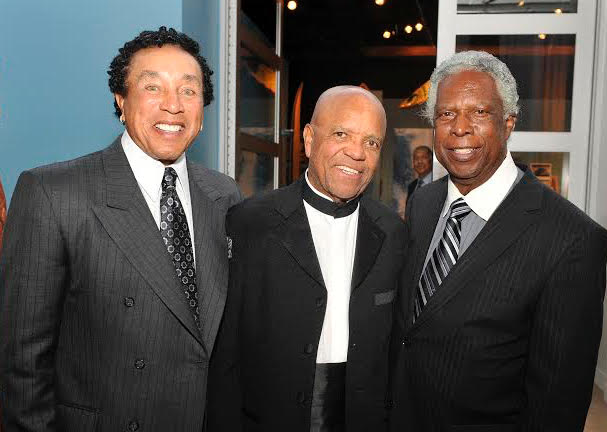 With permission of Mickey Stevenson

Born on January, 4, 1937, 85-year-old William “Mickey” Stevenson is an extremely talented Songwriter, writing and producing huge hits such as “Dancing In the Street” performed by Martha & the Vandellas, “It Takes Two” performed by Marvin Gaye and Kim Weston and “Nothing’s too good for my baby” performed by Stevie Wonder.

“I’m not a genius, I just have a gift, a God-given gift as I say, I believe we all have one, and not just one but two or three. For me it was seeing talent in young artists when other people didn’t,” stated Stevenson, in an exclusive telephone interview with EuroWeeklyNews from his house in California.

“It happened with Stevie Wonder when he was just 11 years old, I told Berry we had to push this kid, at that age he had something that a lot of people don’t have even after graduating music at college, and if nobody pushed that, he was gonna lose it.”

In 1959 Mickey Stevenson joined Berry Gordy’s record label when it was first founded, initially known as Tamla and a year later changed to Motown records:  “When I met with Berry I was excited cause I thought I was gonna be the next Jackie Wilson, so I showed him all my songs and he said my voice was s**t,” laughed Stevenson.

“I was disappointed and started packing up my things, but then Berry told me he loved my songs and he wanted to hire me as a writer and A&R man, for five dollars a day and all the chilli I could eat,” recalled Stevenson.

“Ivy Jo sang his songs to me trying to become a singer, I told him his voice was OK, but when he told me he wrote them, I said I’d teach him how to produce because he had a God-given gift.”

Mickey Stevenson would go on to not only prove his worth as Motown’s A&R man throughout his life, but also as a Writer and Producer. Speaking on the inspiration behind his biggest hit “Dancing In The Street” Stevenson stated:

“That’s my favourite song, it holds such happy memories of when we were kids and we use to break fire hydrants and play and dance in the street under the water.”

“We bled those streets” recalled Stevenson as he laughed.

But Mickey Stevenson’s successful career does not stop there, in latter years he’s produced a large number of stage musicals such as “Memories of Motown”, “The Gospel Truth” and more recently “Sang Sister Sang.”

“Sang Sister Sang,” is about some of the most iconic women of colour to ever grace this Earth including Dorothy Dandridge, Dinah Washington, Eartha Kitt, Lena Horne, Mahalia Jackson, Billie Holiday, and Bessie Smith.

Speaking on the musical Mickey stated: “We have a wonderfully talented cast of black actresses, who “SANG”, they don’t sing, you get me? Women have gone through hell, and are still going through a part of it, you ask your mother or sister, they’ll tell you the walls they face just because they’re women, which is crazy. That’s why writing on these things is important.”

On 16, June, 2022, Mickey Stevenson is set to be inducted into The Songwriters Hall of Fame in New York City alongside Mariah Carey, Steve Miller, and The Isley Brothers amongst others.

“I was shocked when I heard the news, but it’s such an honour to even be considered and to know that all these people voted me in when I thought they didn’t even know me, it’s crazy.”

“I have a hunch it will be my old friend Smokey Robinson who inducts me, but he wouldn’t tell me even if it was him,” laughed Stevenson.

For those interested in reading more about the fascinating and inspiring life of Mickey Stevenson, his book “Motown’s First A & R Man Presents The A & R Man” is available on Amazon.