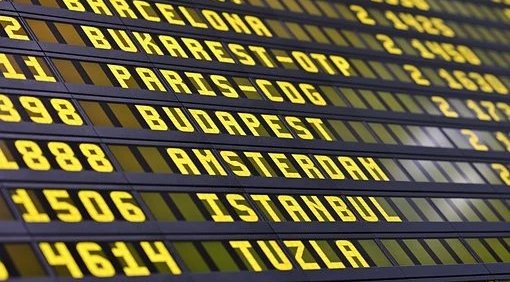 One family heading to Spain are worried that their holiday is in jeopardy and that they could lose £3,000 over passport issues.

Mum Lauren from Kirky sent baby Caeden’s passport application off at the end of January with applications for his three siblings aged between three and 11 years old. Apart from Caeden, the entire family is ready to head off on holiday on Sunday, May 9.

The family had planned a double whammy holiday, with a Barcelona holiday followed by a holiday in Greece on Thursday, May 19. During the holiday Caeden would have his first birthday.

Lauren has visited two passport offices to try and sort the issue out, but her baby’s passport seems to be in “limbo.”

Speaking exclusively to The Liverpool Echo Lauren explained: “He doesn’t really understand [what’s happening] but people are saying just leave him at home when for one it’s his birthday while we’re away and I also would never leave one of my kids. I have three other kids that fully know we’re going away, they’re 11, eight and five.”

She went on to add: “They know we’re going on holiday. I can’t let them down but I also can’t leave the baby at home. I can’t change the dates either because it’s too close the flight tickets have been released now. It’s either go and leave my son if we don’t get this passport, which I’m not going to do, or just lose all that money for the sake of an application that’s sat on someone’s desk and just needs approving.”

A spokesperson for the passport office commented on waiting times and said: “Since April 2021, we have been advising people to allow up to ten weeks when applying for their British passport as more than 5 million people delayed applying due to the pandemic. We urge people who need a new passport to apply for one as soon as possible, with the vast majority of all passport applications being dealt with well within 10 weeks.

“To deal with this demand, we have increased staff numbers by 500 since April 2021. This has helped us to handle more applications than ever before, with more than one million passport applications processed in March 2022.”

The news comes after another British family were left ´traumatised´ after being turned away from a Ryanair flight due to passport troubles.