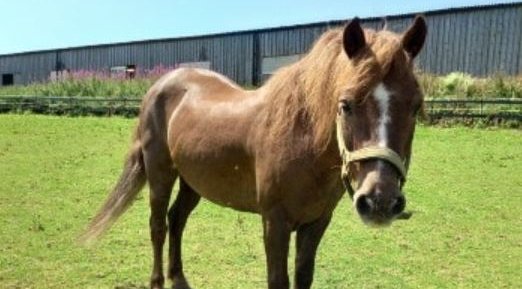 A man from Barnstaple who left a horse collapsed in a muddy field in Landkey has been handed down a lifetime ban on owning horses.

A member of the public reported the condition of horse Eddy to the RSPCA in March 2021. Eddy’s owner has now been disqualified “from keeping equines for life” following a court case held at Barnstaple Magistrates’ Court on May 3. Eddy’s owner has been sentenced to 24 weeks in prison.

The owner had caused “unnecessary suffering to a horse and a pony” and also failed to “meet the needs of three ponies” according to The RSPCA.

The RSPCA’s Inspector Ryder commented on the condition that Eddy was found in and said: “His hip bones were protruding and you could clearly see his spine and ribs. The horse was lying in deep wet mud. You could clearly see where he was trying to get up as there was a build up of wet mud around the horse’s head, neck and back.”

The RSPCA revealed that: “A further three ponies – a bay gelding called Tye, a mare called Darcy and another bay gelding called Dorcas – were in a field next to Eddy that was very muddy with limited grazing. They had no accessible shelter and the only water source was a stream running along the bottom of a steep bank in the corner of their field.

“Tye was in poor body condition, he had severely overgrown hooves and was lame in his front feet. He had difficulty walking, with a rocking motion as his hooves met the ground. The vet concluded Tye was suffering and Darcy and Dorcus were likely to suffer.

“They were signed over to us and transported to a suitable location for a thorough veterinary assessment.”

Tye and Darcy have both been rehomed with Cornwall’s The Hugs Foundation.