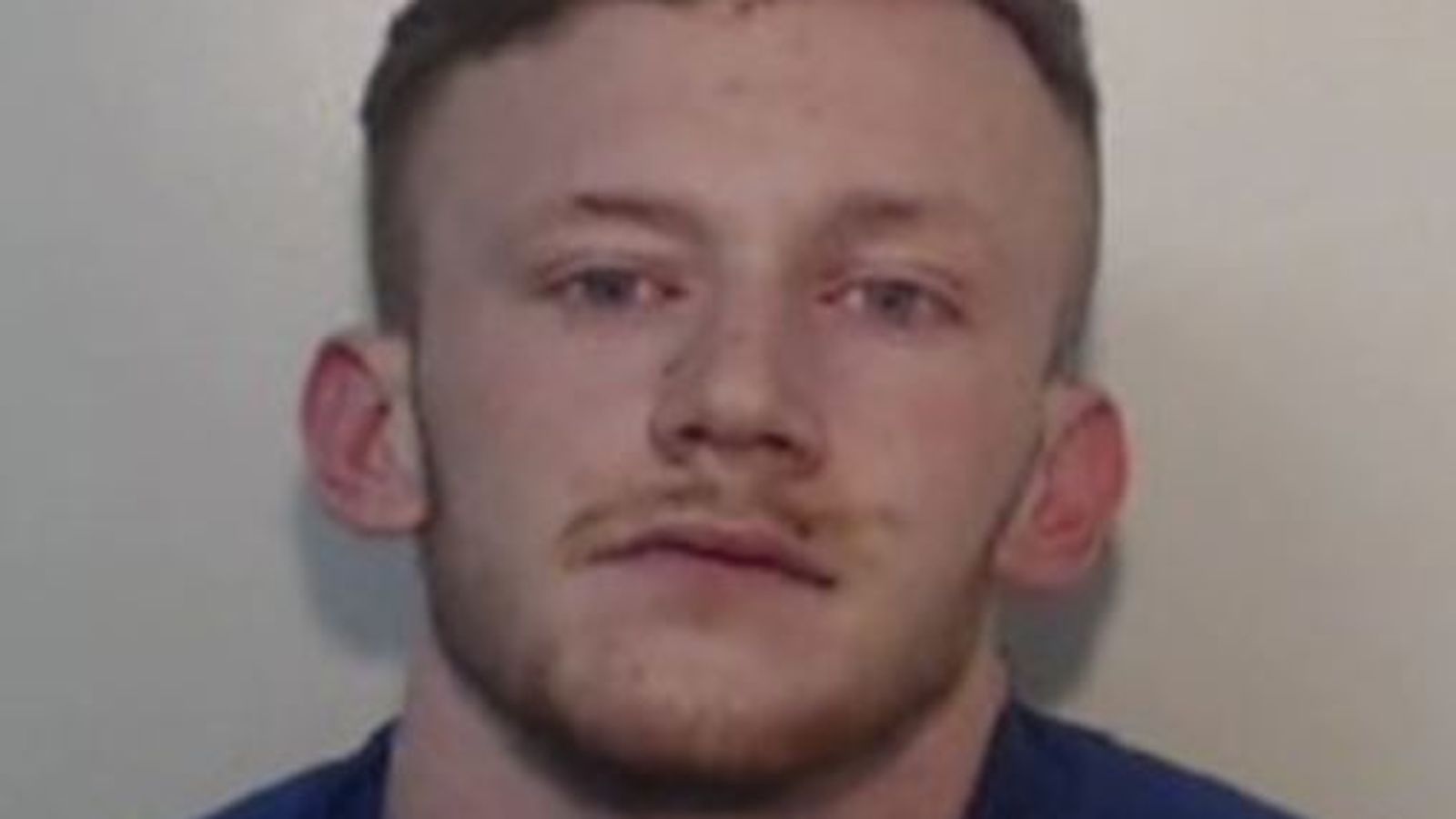 Most wanted fugitive Callum Halpin, 27, was detained on Monday, May 2, at an address near Vilamoura in the Algarve by the Portuguese Judicial Police.

Callum Halpin was located and arrested after an operation by the National Crime Agency (NCA),  Portuguese police and international partners.

A public appeal to help trace Halpin was made in January this year when the NCA and Crimestoppers launched a new Most Wanted campaign featuring 12 fugitives who were believed to be hiding in Spain.

Halpin is wanted by Greater Manchester Police for the murder of Luke Graham, 31, and the attempted murder of Anton Verigotta.

Graham, a dad-of-two, was ambushed and shot dead in a drugs turf war in broad daylight on a street in Ashton-under-Lyne as children played nearby in June 2018.

In July 2019, five men were jailed over the execution.

Halpin, of Openshaw, Manchester, has appeared in court in Portugal and was remanded in custody while extradition proceedings proceed.

He is the second fugitive from the Most Wanted campaign to be arrested in the space of 48 hours.

Alex Male, 29, was detained at Lisbon Airport on Saturday, April 30,  after landing on a flight from Turkey.

Male, of Weston-super-Mare, went on the run following his arrest by the South West Regional Organised Crime Unit (SW ROCU) as part of Operation Venetic. He is believed to have used encrypted communications platform EncroChat to distribute class A drugs across the South West.

Steve Reynolds, National Crime Agency regional manager in Spain, said: “Callum Halpin’s arrest was made possible after some superb partnership work between the NCA and our Portuguese counterparts to whom we are extremely grateful.

“Halpin’s arrest comes only forty-eight hours after another fugitive was arrested in Portugal.

“These arrests should serve as a warning to other fugitives and most wanted subjects that we will not stop until they are captured.”

Detective Inspector Lee Barrow, of Greater Manchester Police, said: “News of Callum Halpin’s arrest is an important development in our investigation and we will work closely with the NCA and other relevant international agencies to bring him back to Greater Manchester and continue our pursuit of justice for Luke’s family.

“Halpin has been on the run since Luke was fatally shot on that tragic day nearly four years ago and it has been our intention ever since to ensure all those suspected of being responsible for his death are caught and prosecuted.”