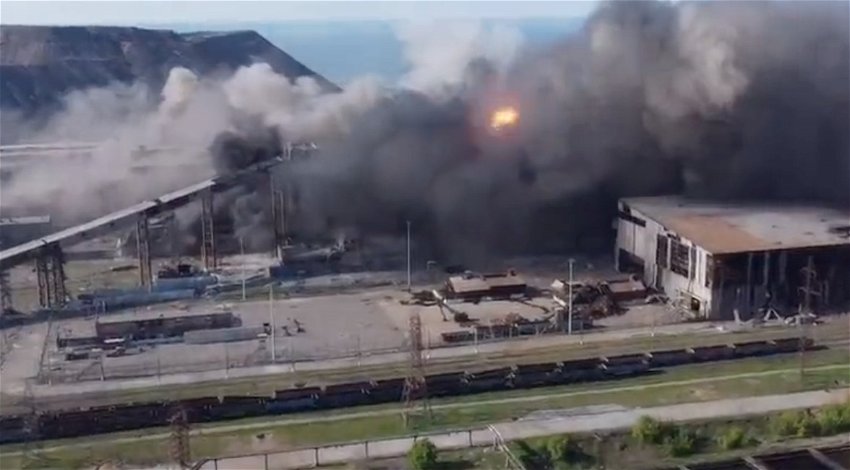 THE Ukrainian government has confirmed that almost 500 civilians have been successfully evacuated from Mariupol and its Azovstal steel plant, which has been under heavy fire from Russian troops for weeks.

Andriy Yermak, head of President Volodymyr Zelensky’s office reported on Friday, May 6 that “the next stage of rescuing our people from Azovstal is underway at the moment” and that “almost 500 civilians had been evacuated” from the steel plant and the Ukrainian city of Mariupol.

In an announcement made via Telegram on Friday, May 6, Mr Yermak said: “We have conducted the next stage of a complex operation to evacuate people from Mariupol and Azovstal. I can say that we managed to evacuate almost 500 civilians.

He added: “Ukraine will continue to do everything to save all civilians and military. Thanks for the UN’s help.”

During his nightly address on Thursday, May 5, Ukrainian President Volodymyr Zelensky said that although they have managed to evacuate more people from the besieged city, Russian forces have continued their attacks.

“More than 150 people from Azovstal and more than 300 people from Mariupol and its suburbs who were evacuated by the humanitarian corridor this week are already receiving all the help they need. Medical, document renewal, financial assistance, communication with relatives, friends and families,” he said.

He added: “Currently, Russian shelling and assault of Azovstal do not stop. But civilians still need to be taken out – women, children. Many children who are still there. Just imagine this hell! And there are children! More than two months of constant shelling, bombing, constant death nearby.”

On May 4, heavy fighting was heard inside the Azovstal steel plant and despite 101 civilians being evacuated prior to Russian forces storming the facility, more than 30 children were alleged to still be trapped in shelters underneath the besieged plant.