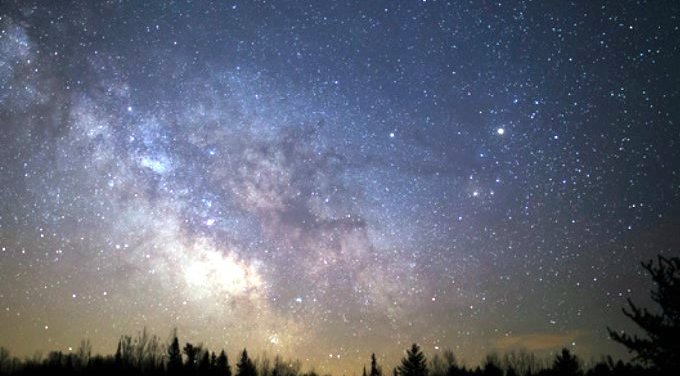 The annual celestial spectacle known as the Eta Aquarid meteor shower can be seen every year between April 19 and May 28. Thursday, May 5, and Friday, May 6 are when they will be at their peak. Although they can be observed from the northern hemisphere, one of the best locations to spot them is in the tropics, such as the Canary Islands.

Eta Aquarids come from Halley’s Comet, as does October’s Orionid Meteor Shower. Both occur every year when the Earth passes through a ring populated with fragments detached from the comet.

During their long journey, they leave small metallic particles that pass through the atmosphere and disintegrate. These become the shooting stars that we see.

Halley’s Comet was discovered by Edmond Halley (1656-1742), and is, without a doubt, one of the most popular celestial objects in history. Thanks to its orbit around the Sun, every 76 years we can see it with the naked eye. The last time it was visible was in 1986, and we must wait until 2061 for this to occur again.

According to data from the National Astronomical Observatory (OAN), Eta aquarid meteors have an activity rate of between 40 and 85 meteors per hour. They fly at a fairly high speed of about 66 kilometres per second.

From our latitude in Spain, 40º north, the meteor shower appears to have a single centre of origin. They appear at a point from which all shooting stars seem to emerge, which is called the ‘radiant’. The location of that radiant is used to name the meteor shower. Eta Aquarids have their radiant on the eta star in the constellation Aquarius.

This year will reportedly be a good year for the observation of the eta aquarids, as the crescent of the Moon will allow us to see the meteor shower. To do this, you have to find a place away from obstacles that affect your views, such as buildings, trees or mountains. These should always be located away from light pollution.

It is not necessary to use optical instruments. Although eta aquarids appear to come from the constellation Aquarius, they can be seen anywhere in the sky. To observe them best, the OAN recommends, “The most comfortable thing is to lie down and wait for your eyes to get used to the dark”.