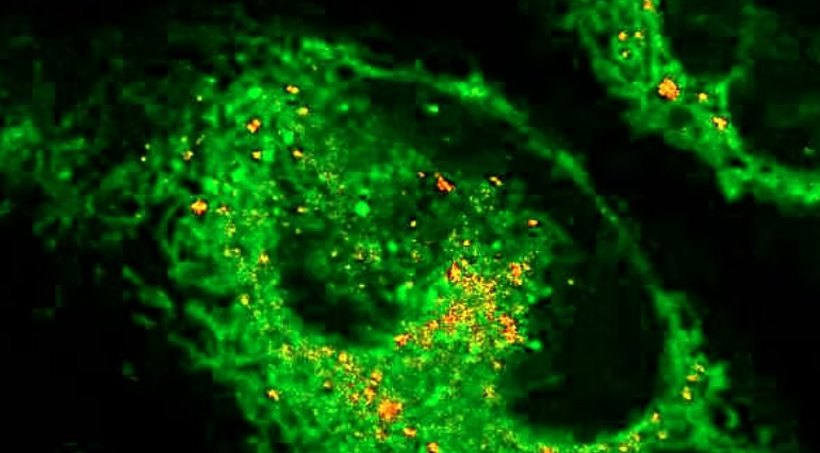 A study led by Dr Edward Avezov (UK DRI at Cambridge) has uncovered a new mechanism that might help prevent the build-up of tangles of proteins commonly seen in dementia.

Dementia sufferers with neurodegenerative diseases such as Alzheimer’s and Parkinson’s, have impaired cell operations where a build-up of misfolded proteins that form clumps or ‘aggregates’, leading to irreversible damage to cells in the brain.

In the study, published on Friday, May 6, in Nature Communications, the team from the UK DRI at Cambridge discovered a mechanism that appeared to reverse the build-up of misfolded proteins, not by eliminating them completely, but rather by ‘refolding’ them.

Dr Avezov and colleagues found that placing cells under mild stress initiated this mechanism of refolding.

“Just like when we get stressed by a heavy workload, so, too, cells can get ‘stressed’ if they’re called upon to produce a large amount of proteins,” explained Dr Avezov.

“There are many reasons why this might be, for example when they are producing antibodies in response to an infection. We focused on stressing a component of cells known as the endoplasmic reticulum, which is responsible for producing around a third of our proteins – and assumed that this stress might cause misfolding.”

The endoplasmic reticulum (ER) is a membrane structure found in mammalian cells. It carries out a number of important functions, including the synthesis, folding, modification and transport of proteins needed on the surface or outside the cell.

Dr Avezov and colleagues hypothesised that stressing the ER might lead to protein misfolding and aggregation by diminishing its ability to function correctly, leading to increased aggregation. They were surprised to discover the opposite was true.

“We were astonished to find that stressing the cell actually eliminated the aggregates – not by degrading them or clearing them out, but by unravelling the aggregates, potentially allowing them to refold correctly,” said Dr Avezov.

“If we can find a way of awakening this mechanism without stressing the cells – which could cause more damage than good – then we might be able to find a way of treating some dementias.”