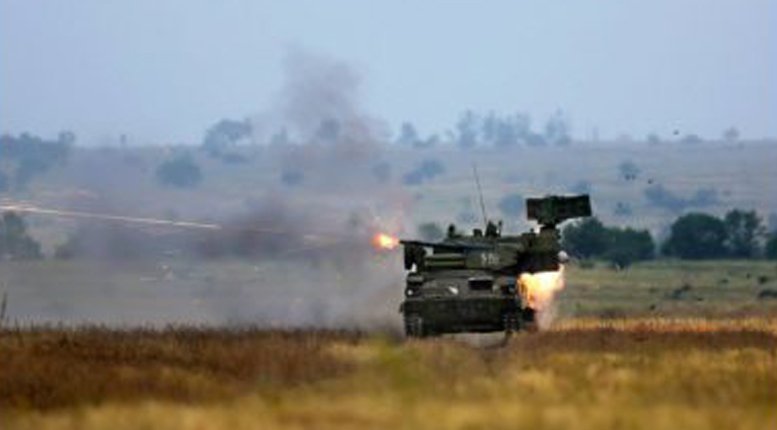 The drone strikes on Snake Island have been shared by Ukrainian officals and in a satellite image taken by Planet Labs, published by the Associated Press news agency on Saturday, May 7.

He shared the following footage online, as did Ukrainian officials.

‘Enemy units remaining on Snake Island remain without air cover and will be destroyed and burned out like cockroaches or locusts,’ said Ukrainian official Anton Gerashchenko.

Ukraine’s Operational Command South also published an undated video on its Facebook page on May 6 of a drone strike on a Russian position.

Snake Island is a tiny island in the Black Sea, which belongs to Ukraine.

Russian Navy warship ‘Admiral Makarov´ was reportedly struck off the coast of Snake Island – the site of the infamous incident where a Ukraine soldier, originally feared to be dead, told a Russian warship to ‘go f*** yourself’ before the island was attacked.

The suspected drone attacks come as the Ministry of Defence of Ukraine released figures on May 7 for the total combat losses of the enemy since the start of the war.

The ministry claims that about 25,100 persons were liquidated, with claimed destruction of 1,122 tanks, and 2,713 armoured protected vehicles.

The US Pentagon said they have no information regarding the fate of the Russian Navy warship ‘Admiral Makarov’ – first reported as being sunk but later alleged to be on fire – which was reportedly hit by Ukrainian missiles late on Thursday, May 5.

On Saturday Moscow claimed to have destroyed a large stockpile of military equipment from the US and several European countries near the Bohodukhiv railway station in Ukraine’s Kharkiv region.

Russia’s defence ministry also said it had hit 18 Ukrainian military facilities on Friday night, including three ammunition depots in Dachne, near the port city of Odesa.