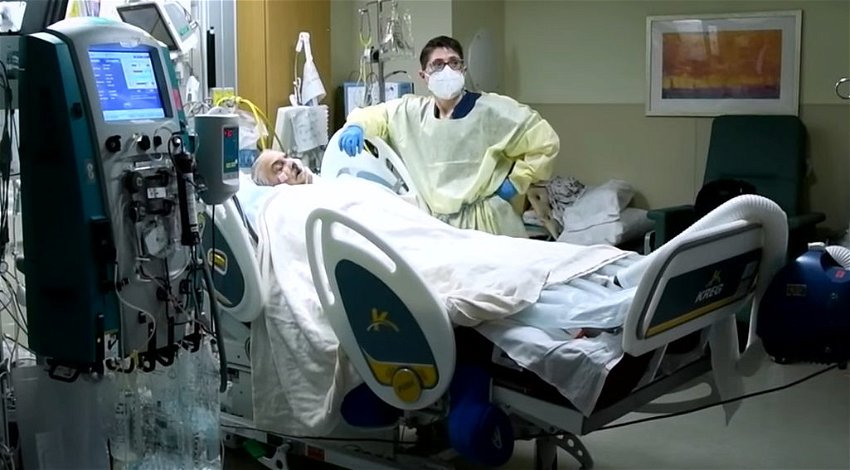 Pig heart given to human patient was infected with a pig virus. Image: University of Maryland School of Medicine

Researchers have detected the presence of a pig virus in the pig heart given to David Bennett, who died shortly after the ground-breaking transplant was performed.

David Bennett, the 57-year-old man who died in March after going down in history as the first-ever human patient to receive a pig heart, was given an organ infected with an animal virus, although it is not certain that this was directly linked to his death.

This was confirmed on Thursday, May 5, by researchers who are investigating the cause of the patient’s death, which occurred just two months after the experimental transplant.

Although doctors at the University of Maryland have stated that viral DNA was found inside the organ, there is so far no indication that the virus caused any active infection in the patient.

Bartley Griffith, the surgeon who performed the operation, said that although Bennett was very ill, the postoperative period was progressing well until one day the patient woke up with symptoms of an infection.

Griffith announced the presence of the virus at a talk he gave to the American Society of Transplantation on April 20.

After a variety of antibiotics, antivirals and treatment had been administered to boost his immune system, his heart became inflamed and filled with fluid until it finally stopped working.

“What, if anything, was the virus doing that could have caused the inflammation in his heart? Honestly, we don’t know,” said Griffith, who added that the reaction does not look like typical organ rejection by the immune system either. The team will continue to investigate what might have actually happened.

The world’s first patient to receive a heart transplant from a genetically modified pig stabbed a man he met in a bar seven times more than three decades ago, leaving him paralysed and wheelchair-bound.

Bennett served time in prison for attacking Edward Shumaker, then 22, while playing pool in a Maryland bar in April 1988. The young man was flirting with the patient’s then-wife, Norma Jean Bennett.

Shumaker suffered numerous stab wounds to his back, abdomen and chest. He was paralysed for 19 years, then suffered a stroke in 2005 and died at the age of 40.

Bennett, 23 at the time of the attack, was convicted of assault and carrying a concealed weapon and sentenced to ten years in prison, but did not serve the full sentence.