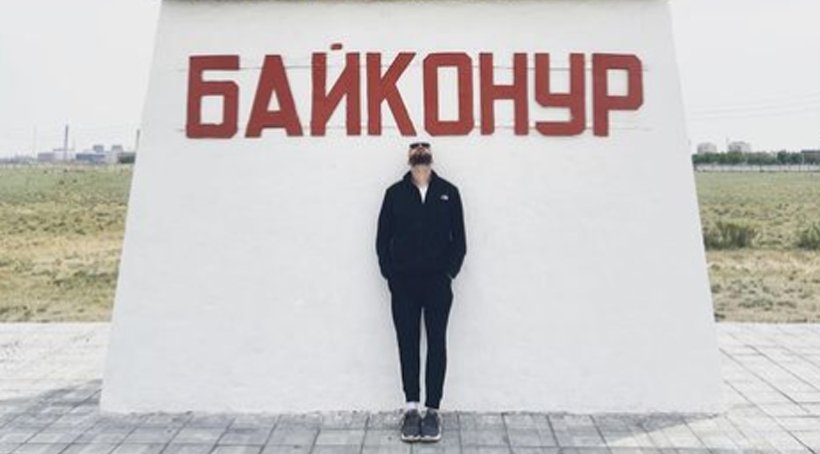 Benjamin Rich was reportedly arrested at the Baikonur Cosmodrome – a Russian spaceport – in Kazakhstan, the head of the Russian space agency Roscosmos said on Saturday, May 7.

Benjamin Rich, whose Bald and Bankrupt channel has more than 3.5 million followers, was “detained” with Belarusian woman Alina Tseliupa near one of the launch pads at Baikonur, Dmitry Rogozin, chief of space agency Roscosmos, said.

In a message on Telegram Rogozin said the pair had been “linked to the organisation of illegal actions”.

Known for his videos in dangerous and conflict-ridden parts of the world, Rich posted a photo of himself by a mosaic statue in the closed town of Baikonur on his Instagram account on Sunday, May 8.

There was no comment with the post but other posts attributed to the YouTuber appeared on Twitter on Sunday purportedly from Rich claiming he was never arrested.

The post claimed: “Basically I was questioned by Russian police for a few hours for going to see the Buran rocket without the special permission and given a £60 administrative fine.”

The post added: “The police were nice enough to show me the closed town of Baikonaur. Has an awesome mosaic of a cosmonaut”.

On his Instagram account on March 31, Rich posted how he was committed to telling people´s accounts from Ukraine and other affected by “post-Soviet conflicts”.

“Before the armchair generals and virtual signallers even knew where Ukraine was on a map we were together on the front lines of the Donbas talking to the people there and hearing their stories.

“Just like we were talking to the Armenian soldiers off to war in Karabakh.

“Just like we were exposing the crimes of Stalin in Moldovan villages. And we will visit more people on other sides of these post-Soviet conflicts in the future.”