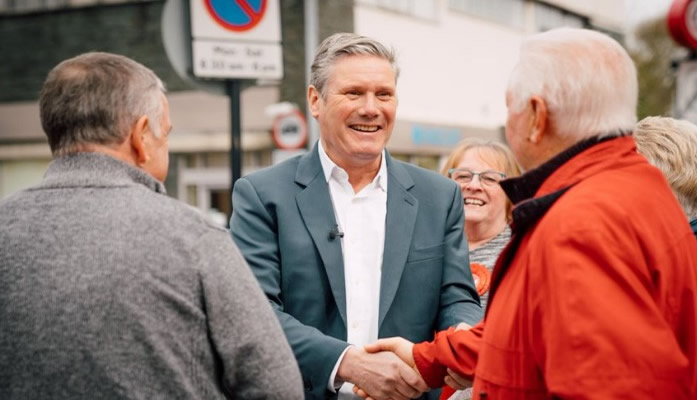 A secret Labour Party document obtained by The Mail on Sunday looks set to plunge Sir Keir Starmer into a leadership crisis. The labour leader’s version of events surrounding the ‘Beergate’ incident appears to be very questionable following the release of this leaked memo.

Mr Starmer had been recorded with activists while enjoying a beer late at night, during a visit to Durham on April 30, 2021. This was in the period when indoor socialising was banned under the government’s coronavirus restrictions.

Durham Constabulary announced last Friday, May 6, that it was launching a new enquiry into this event. Starmer has always maintained that after the Indian takeaway and beers, he had returned to work, but the contents of this memo passed by a whistleblower seem to suggest differently.

The document includes the text ‘arrange takeaway from Spice Lounge’, which is a local Indian restaurant.  At the bottom of the forward-planning logistics document, commonly known as an ‘op note’, it simply says ‘End of Visit’.

Labour had claimed that Angela Rayner, the Labour Deputy Leader, was not in attendance, yet the document shows the initials ‘AR’ alongside those of ‘KS’ as the two senior politicians in charge of the proceedings for that day.

Louise Haigh, Mr Starmer’s transport spokeswoman was interviewed last Thursday 5 by Fiona Bruce on the BBC. When asked how this event in Durham differed from that of ‘Partygate’, she insisted that the Downing Street one was premeditated, while the beer and curry one was not.

“There was a big difference… he [Keir] broke to eat, and then carried on working afterwards”, claimed Haigh. “The various parties in Downing Street were pre-arranged, social events”, she added. However, it is pretty clear from the memo that everything in Durham was planned in advance.

According to the memo, Sir Keir’s team was scheduled to arrive at Durham’s Radisson Blu hotel at 6.31pm, after a day in Hartlepool campaigning. They would then prepare to depart for the walk to the Miner’s hall by 7pm.

Having called for the resignation of Boris Johnson over the ‘Partygate’ incidents, Starmer is now facing hypocrisy allegations. ‘Being investigated, or receiving a fixed-penalty notice, is not a resigning matter for anyone at all – unless of course, you’ve daily argued the case that it is just that, and repeatedly called for the resignation of others”, commented Culture Secretary, Nadine Dorries.

She added, “He’s bang to rights, and has no choice but to resign thanks to his own sanctimonious hypocrisy’.

A 1hr 20mins slot was set aside in the memo for ‘dinner in Miners Hall with Mary Foy’, the local Durham MP. At this time, the Spice Lounge curry house was closed, and all takeaway calls were being handled by the capital Indian restaurant nearby.

One of this restaurant’s delivery drivers told the daily mail last week that he recalled an order being made, large enough to feed about 15 people, which was delivered. Insisting that the Indian food was consumed during their work break, Keir Starmer had then been asked if he went back to work after.

‘Yes. And the idea that nobody works at 10 o’clock at night is absurd’, he responded. In the leaked document, it says that the dinner break ends at 10pm, at which point he was to ‘walk from Miners Hall to Radisson Blu’. There is no mention of going back to work.

It was a lie.
No break in a work meeting. No pieces to camera, but a pre arranged social dinner at which Rayner, Foy, and Starmer were present. https://t.co/ZwQGHelncN pic.twitter.com/6cCNfj9yjv