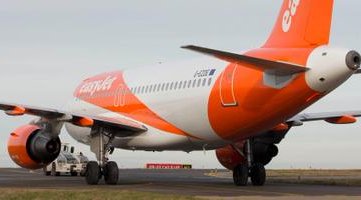 EasyJet has said that it plans to remove some seats on its planes as staff shortages continue, with six fewer seats meaning each aircraft can fly with one fewer crew member.

With almost all the airlines operating out of the UK struggling to recruit staff post the pandemic, cancellations have been common place, according to a report by the BBC. Many have been reluctant to return to work after being laid off, whilst many others have found alternative employment.

Add to that Brexit, which has restricted the ability of these airlines to recruit staff or to relocate staff from Europe. Slow processing of security clearances has also been a problem for airlines trying to recruit or train staff.

Transport secretary Grant Shapps recently told parliament’s Transport Committee that airlines will be allowed to begin training staff prior to their obtaining security clearance, in an effort to speed the process up.

In the meantime, EasyJet think they may have found a way around the problem. They have said that limiting passengers to 150 on their A319 fleet means that they only need three rather than four cabin crew members.

A statement from the company said that flights would still meet Civil Aviation Authority (CAA) regulations, whilst providing them with an effective way of operating the fleet, “building additional resilience and flexibility” into the airline’s operations.

Reducing cabin crew by one means, assuming the airline has the flight crew that EasyJet can run one extra plane for every three that departs. That’s a 33 per cent increase in flights and an extra 132 passengers.

This could be good news for Spain as tourism returns to pre-pandemic levels. Flight cancellations have resulted in people cancelling holidays, whilst the shortage of planes has pushed the cost of flights up.

Social media response to the news that EasyJet’s is to remove seats and fly with fewer crew has been mixed, with some critical of the plan. The news has been better received in those areas reliant on airlines to bring them tourists.